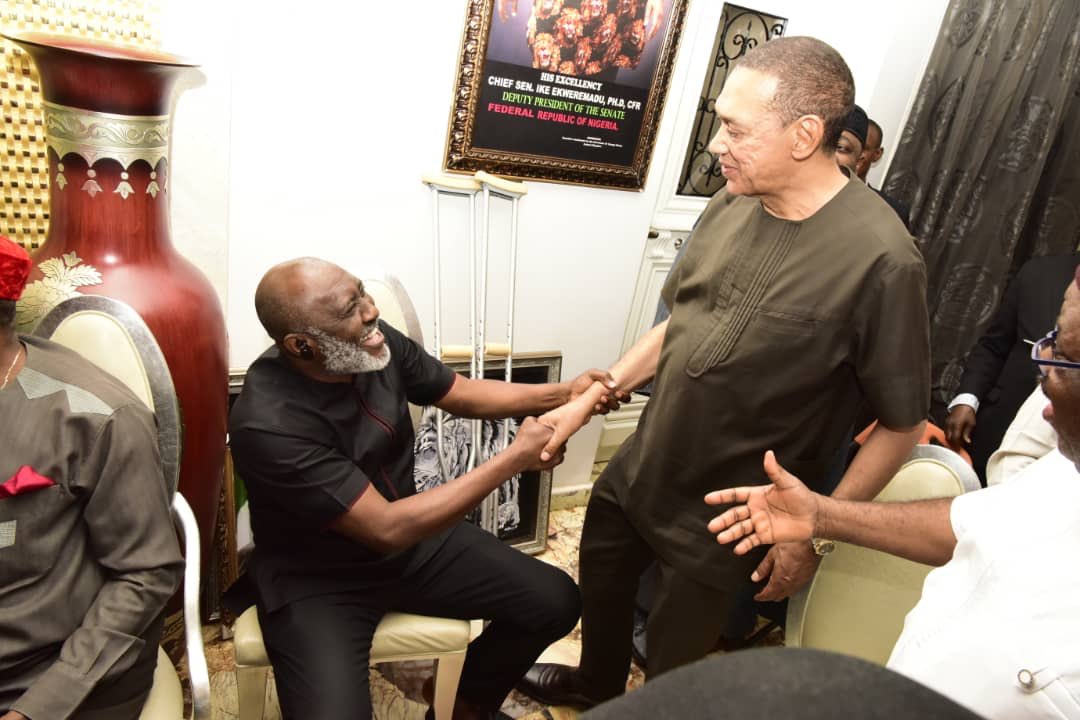 Peoples Democratic Party, PDP chieftain Mr Oliseh Metuh who has been reportedly sick since he started facing trial may have been healed.

The former National Publicity Secretary of the PDP, who is said to battling a spinal chord ailment has always shown up in court on stretcher.
Metuh, who is currently facing trial for his alleged role in the illegal diversion of $2.1b meant for the procurement of arms.

Yesterday, Mr Metuh was present at the home of the deputy speaker, Ike Ekweremadu with some PDP senators and he looked really well.

Senator Ben Murray Bruce shared the photos of the visit via his Twitter handle and we could help but notice Mr Metuh looking really vibrant.

To the man who thinks he can use tyranny to intimidate @NGRSenate and overturn our independence, this is for you. I‘am here with fellow @OfficialPDPNig Senators at the home of DSP Ike Ekweremadu. We will not stand idly by as desperadoes want to take Nigeria back to dictatorship! pic.twitter.com/BIEWXr6yQA