One of the students who had an accident during a SARS chase, dies

One of the two students of the Rufus Giwa Polytechnic, Owo who got hospitalized after having an accident while being chased by SARS Operatives has passed on.

According to reports, Seun Ogunmola and Deborah Iyanuoluwa, both Accounting students, were assumed to be fraudsters, hence the chase. Ogunmola, however, lost control of the car and crashed it. 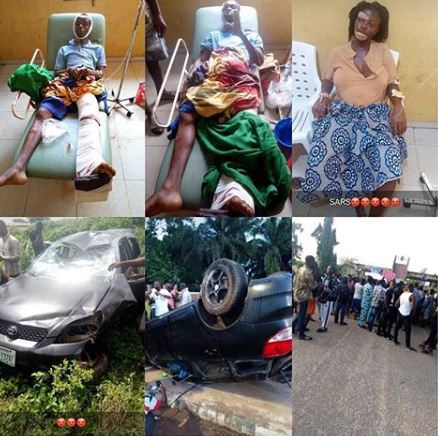 After the accident, the officers abandoned them and fled. However, they were later rescued by some bystanders and rushed to the Federal Medical Centre, Owo. .

Seun reportedly died around 10am, yesterday, after a surgery. Following his death, some students trooped out in protest against SARS and barricaded the highway leading to the institution.