A protest has been held on Thursday, July 5th by angry youths in Delta state to mourn their colleague who was allegedly killed by police officers. The protest was held to agitate against his untimely death.

Local reports show that the deceased identified as Comrade Njoku Christian a.k.a ‘Fearless Biggie’ was allegedly shot dead by police officers in Ekpan division, Effurun, Delta state, after arguing with them at a checkpoint. 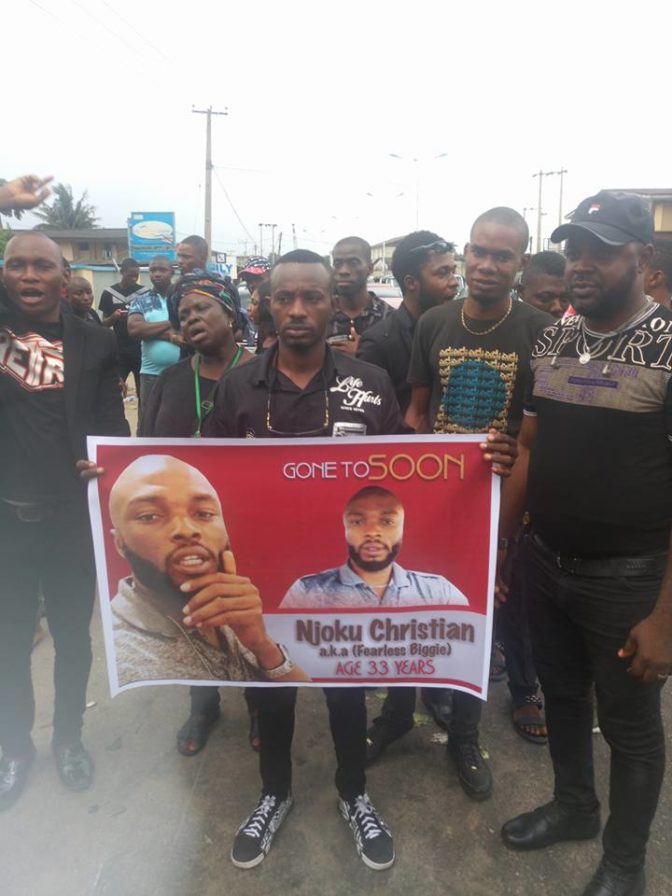 A protest was held

It was gathered that after arguing with the officers, the young man who is a member of the committee for the Defence of Human Rights (CDHR) Delta state branch – zoomed off. The police officers led by one Sergeant Wilson shot chased him before allegedly opening fire on him.

In a bid to cover their killing, the activist was labelled an armed robber.

The incident reportedly took place on June 18 at about 9pm. After the shooting, it was claimed that the police, in a bid to cover the extrajudicial killing, alleged that the victim was an armed robber who opened fire at them. They then deposited his corpse in the morgue and ordered the attendants not to disclose his identity.

Some Human rights activists have picked up the case to demand justice for the man whom they say was innocent and brutally murdered in cold blood.

Share
Facebook
Twitter
WhatsApp
Previous articleWho Did This To Me? Actress Omotola Reacts Over Her Edited Photo With Massive Bum
Next articleEnd Of Boko Haram Will Come Sooner Than Later – VP Osinbajo
- Advertisement -