Home Entertainment Singer, Yoko B speaks out on why he is insisting 2face stole...
Facebook
Twitter
WhatsApp 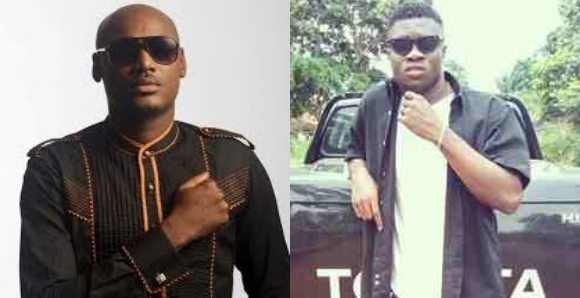 Fast-rising Festac based upcoming singer, Analike Okezie aka Yoko B accused popular R&B star, 2face Idibia of song theft and insisted the track “Amaka” is his.

2Face had released a pop tune titled, “Amaka”, on June 26, which features DMW’s Peruzzi, and like 2Face, Yoko B’s version is also about how an “Amaka” broke his heart.

Though Yoko B said his version was released in March, but both songs do not bear any similarities save for the title and theme.

A visibly distraught Yoko B who spoke on the chat, said, “They can’t do such thing to us and expect us to be calm about, we paid money for the production of the said song Amaka. We are still saving up for the video and we have already been negotiating with music video director, Avalon Okpe.

“I released my song five months ago and I have been unable to raise funds to shoot the video. The new song, Amaka, by 2baba featuring Peruzzi is my concept. Richie, who also produced the chorus of the song, produced the song.”

Speaking about the origin of the alleged song theft, he said, “Shortly after producing my song, Larry Gaga employed Richie and he left Festac Town for Lekki where he worked with 2baba. My songs were still on his computer at that point. I was shocked when I discovered that they had ‘stolen’ the title, concept and message of my song”.

When asked if he has confronted Richie personally, Yoko B said, “The producer is not saying anything reasonable. All he keeps saying is that is that anyone can sing a song and name it Amaka.

“They said they don’t know what I am saying. They say I’m making a false accusation to gain publicity. But I wonder why the concept and instrumental of the songs are so similar if something isn’t fishy.”

“Right now I’m so fed up with some of our Naija top artistes in the music industry. Once they arrive, they can never help you grow instead they will prefer to reap you off and frustrate you.”

Yoko B also said that 2Face’s lawyers have reached out to his team demanding an apology.

“They (2face’s lawyers) are demanding for an Apology from us accusing us of trying to taint 2face’s name. Can you imagine? Am I not the one to request for an apology from them for manipulating our song and stealing our concept? Instead of getting us involved before recording theirs. That is pure wickedness and an inhuman act towards a fellow being.

“They used a different producer who works with them in their studio so it won’t look obvious that I was copied, period. They said I should withdraw my statement and write an apology letter to them for trying to defame 2face.

“These people know what they are doing. I am sure that somehow, 2baba must have heard the song. To cover their tracks, 2baba’s version was produced by another producer, Sperochbeatz, but they all work in the same studio.”