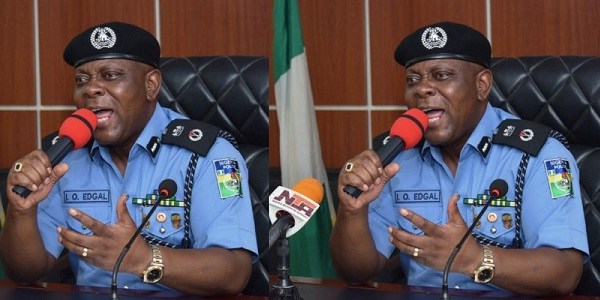 Dorcas Adilewa, A 19-year-old teenager, who planned her own kidnap to defraud her father, has been arrested by the Lagos State Police Command.

The News Agency of Nigeria reports that the suspect planned the kidnap in connivance with one Ifeoluwa Ogunbanjo, her friend, who provided location and a phone to contact her parents.

The Lagos State Commissioner of Police, Mr Imohimi Edgal, said that the suspects were arrested on July 13 following a report by the suspect’s father at Ketu Police Station.

“He was told that his daughter, Dorcas Adilewa, was being held hostage and that if he does not want her killed, he should pay a ransom of N600,000 to secure her release.

“Investigation into the case was immediately commenced and the above phone number that was used by the suspects was geo-located to Ijebu-Igbo area of Ogun State.

“The O/C Anti-Kidnapping led his operatives to Ijebu-Igbo on July 12 and combed the area in search of the supposed victim till the following morning.”

“When the fake kidnappers realised that the Police were closing in on them, the supposed victim decided to call the complainant to inform him that she has been released, after she had deposited the sum of N8,000 in her UBA account number: 2087804991.”

Imohimi said that when Adilewa was being debriefed upon her release, she confessed that she actually planned the fake kidnap with her friend, one Ogunbanjo.

“She provided her with accommodation at No. 174, Adeboye road, Okesopin, Ijebu Igbo in Ogun State to hide and the phone that they used in demanding for the ransom.

“Investigation is in progress and on completion, the suspects will be charged to court accordingly,” the commissioner said.

The Kaduna State Government, has said that parents who fail to send their children to school will face prosecution in accordance with extant laws. This...
Read more

No fewer than eight persons have reportedly died in Edo state, following a fresh outbreak of Lassa fever in the state. This was disclosed by...
Read more

Popular Nigerian actor, Uche Maduagwu has expressed his love for American singer and fashion entrepreneur, Rihanna. Maduagwu stated that Rihanna is the only woman that makes...
Read more
- Advertisement -