A Nigerian lady identified as Mhyiss oyin on Twitter has taken to the platform to advice fellow ladies.

She said having sex on the first date doesn’t make one cheap and it’s called relationship interview. 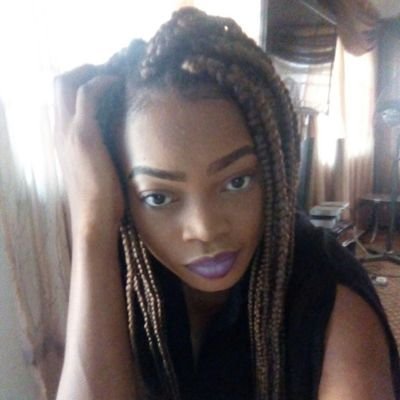 Sex on the first day doesn’t make you cheap, its called relationship interview and if you are called back then you got the job 🤣 😜 😂 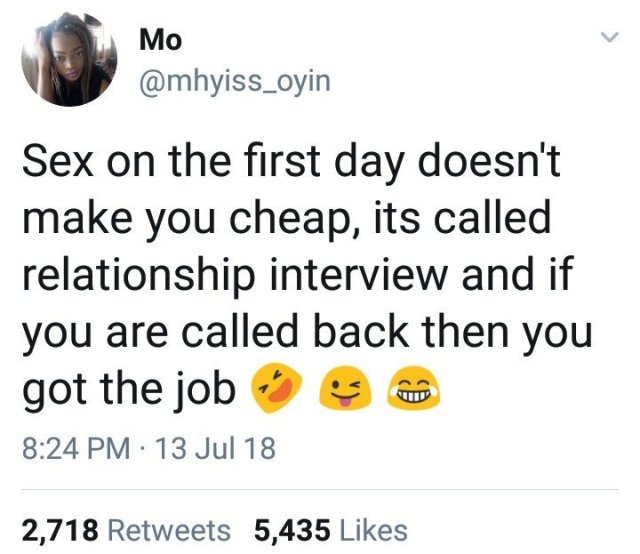 This comes after a Lady identified as Olivia on twitter took to the platform to give her opinion about love making and compensation. She admonished women who have s*x with men while expecting some sort of compensation. (Read here)