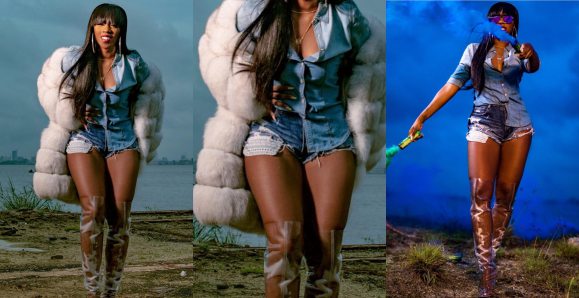 Tiwa Savage, a Nigerian Afro-pop singer, is set to headline her own concert at Indigo in the O2, titled ‘The Savage Tour’, and will be putting on a one-woman show on August 24.

The ‘Ma Lo’ singer released the photos to mark the release of her new video on youtube.

The video which was an all female cast featured no male role.

She captioned one of the pictures with:

“I did this for us because we are beautiful, strong, delicate
We can achieve greatness#NoExcuse”