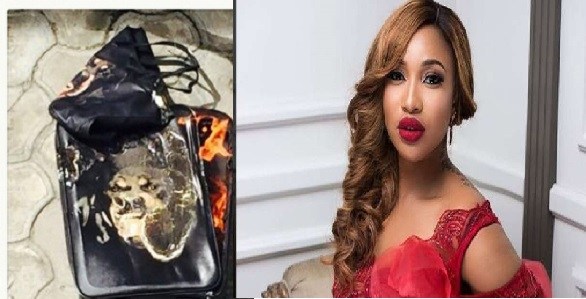 Nollywood Actress, Tonto Dikeh, in an Insta-live session about forgiveness, reached out and apologized to a personal shopper whose bags she burnt in 2015 after they fell out.

The personal shopper had raised hell on social media after alleging that Tonto didn’t pay for the bags.

Tonto Dikeh revealed that the bags in question were fake and after their heated internet exchange, burnt the bags and sent a video to the personal shopper.

Tonto is now asking for forgiveness as she actively pursues her quest to be a better woman.