Two football fans have died in France overnight as World Cup celebrations were marred by violence following the national side’s victory over Croatia in Moscow. 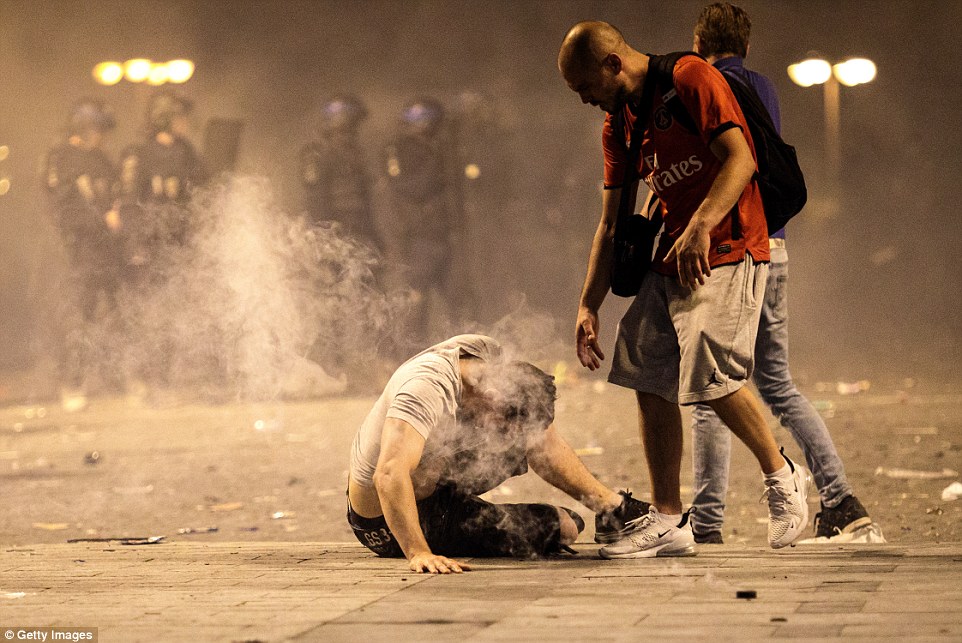 Police forces fired tear gas as scuffles and pockets of looting broke out on the Champs-Élysées where a million people partied into the night.

People climbed on newspaper kiosks and bus stops in the area to wave flags while the Marseillaise national anthem rang out and cars honked their horns following the final whistle. But the celebrations soured as looters broke into shop fronts and smashed windows before they were driven back by riot police brandishing shields and batons.

In the Alpine city of Annecy, a 50-year-old France fan broke his neck after jumping into a canal at the end of the team’s 4-2 triumph. Then, in nearby Saint-Felix, there was another death when a man in his 30s crashed his car into a tree as he celebrated the win.

There was also serious trouble in the eastern city of Lyon, where hundreds of youths went on the rampage, attacking cars and setting fire to wheelie-bins. One video showed a Lacoste clothes shop being ransacked, as thieves wearing France shirts ran off with T-shirts.