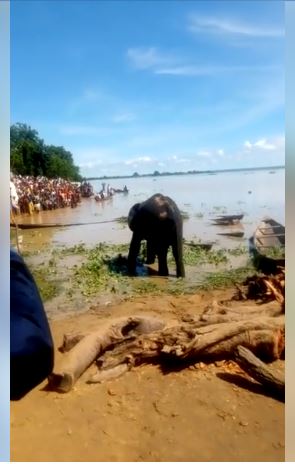 The government of Kebbi state have announced that three elephants have unexpectedly, turned up in Koko Besse Local Government Area of the state on their own.

The Governor of the state, Sen Atiku Bagudu is said to have arranged for ‘the immediate protection of the animals as the process to hand them over to appropriate authorities unharmed has begun.

The government of the state shared video and we thought you might want to see.