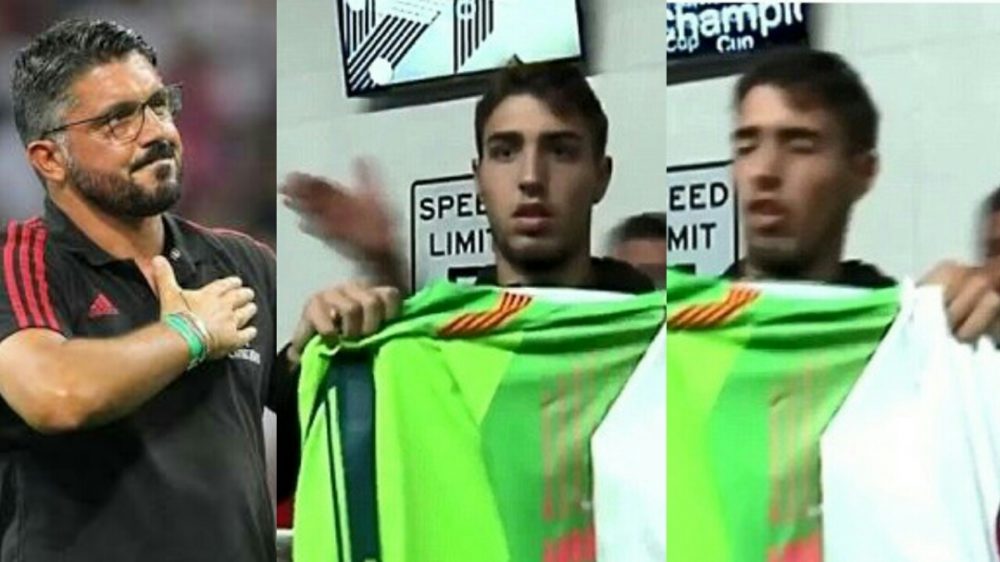 AC Milan coach, Gennaro Gattuso who was known for his temper during his footballing days in the club, seem to be taking the same step into his coaching career.

The coach, 40, was seen playfully slapping a youngster Gabriele Bellodi as he walked behind him in the tunnel area earlier this month.

The playful jab occurred as 17-year-old Bellodi was filmed proudly showing off a Barcelona shirt to the camera after the two sides played an International Champions Cup friendly in California.