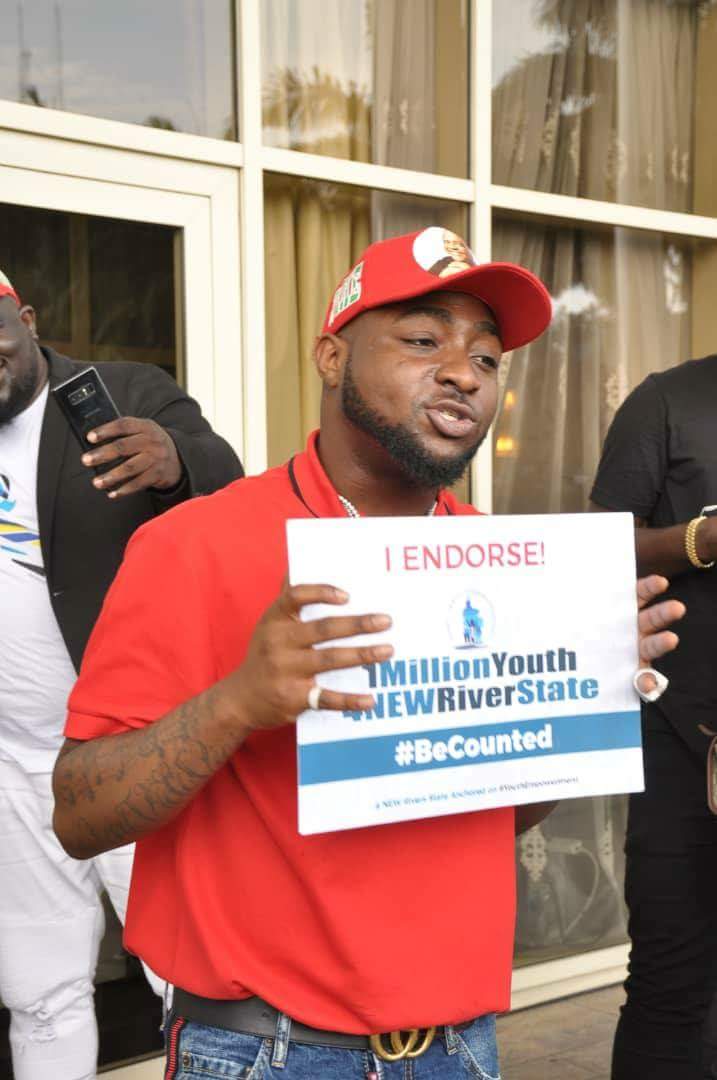 The musician who visited Rivers State  on Friday was at the Government House Port Harcourt to endorse the governor.

In a statement by Simeon Nwakaudu, Special Assistant to the Rivers State governor, David was said to have urged Rivers people to vote a performer in 2019.

The singer was seen holding a customised endorsement handbill as he posed for photos with Gov Wike. 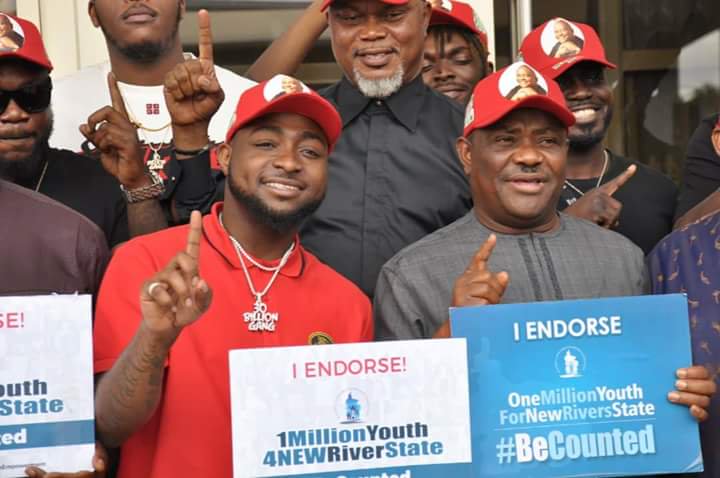 The special assistant also noted that the musician also performed at a wedding ceremony of Okas Wike.

Governor Wike and Davido later witnessed the traditional marriage between Ms Egwugwu and Mr Okas Wike in Port Harcourt.
Davido performed some of his hit tracks to the admiration of guests at the wedding.

It will also be recalled that Davido’s uncle, Senator Ademola Adeleke,  will be representing the Peoples Democratic Party(PDP) in the Osun state governorship election in September.