Months after the Assurance car gift Davido gifted his girlfriend, Chioma, some social media users have wondered why no one has spotted Chioma driving the car.

Today, an Instagram user commented on a post about Ghanaian actor, Fred Nuamah’s Porsche gift to his wife, noting this is reality and insinuated Davido’s gift has never been seen.

Though he did not mention Davido or Chioma, Davido was quick to jump in the comment section and revealed Chioma is shy and can’t drive. He said that’s why she hasn’t been spotted driving the car.

“I haven’t had time to teach her to drive .. maybe a driver can do .. you can apply” 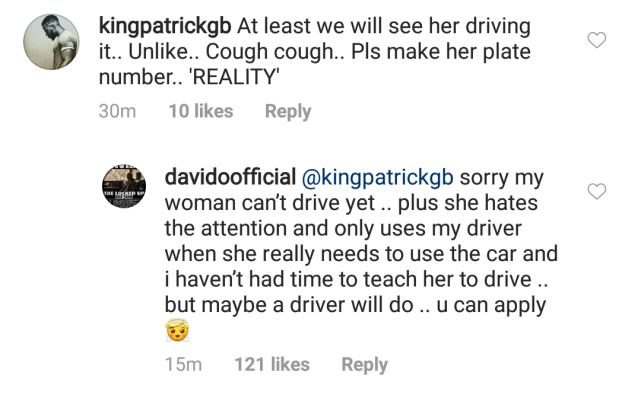 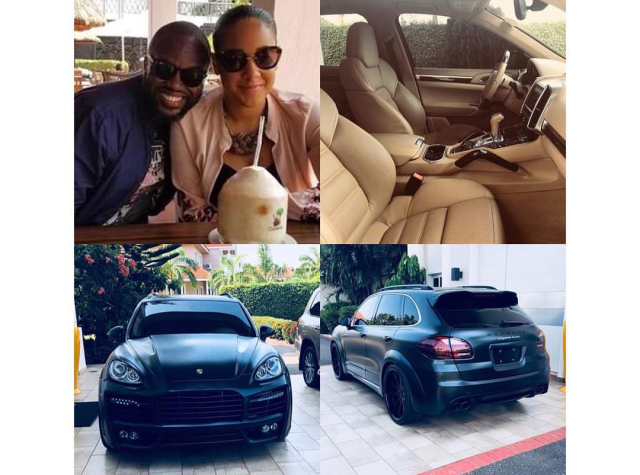