Home Entertainment Dbanj writes to thank everyone for the love and support after son’s...
Facebook
Twitter
WhatsApp

Dbanj who lost his one year old son in June has sent out an appreciation message to people who stood by him during the trying time.

Dbanj who returned to social media today, weeks after his son’s death, wrote about how the past few weeks have been trying for him.

Sharing a picture of himself in a cathedral, he wrote:

‘The past few weeks have been incredibly trying and difficult, but God’s love has kept me and my family going. I can’t thank my team enough and the incredible love from you all. May God keep us all. #StrongerTogether’…

Few weeks ago, he also sent out an appreciation message to everyone that supported him and his family through the trying period. 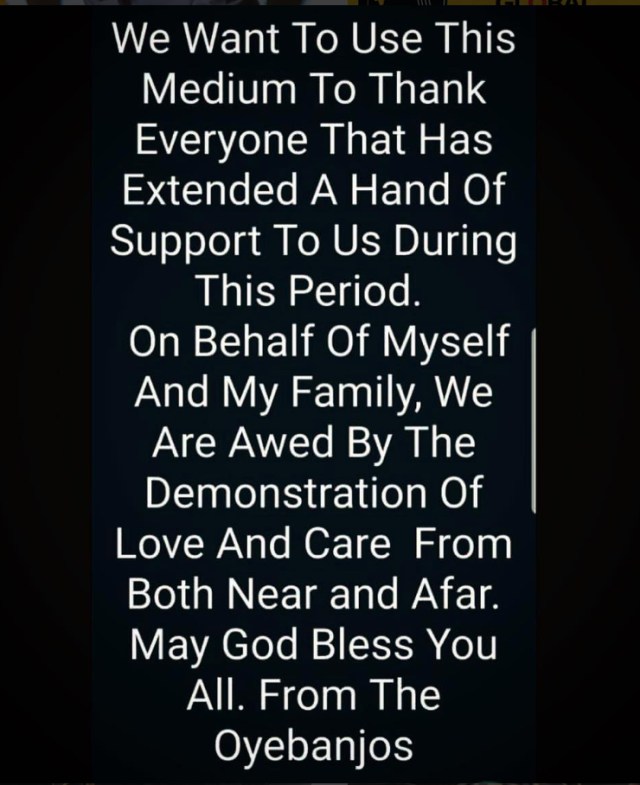 Dbanj is also set to perform at the Global Citizen movement to eradicate poverty festival in Johannesburg, to mark 100 years since Nelson Mandela’s birth.