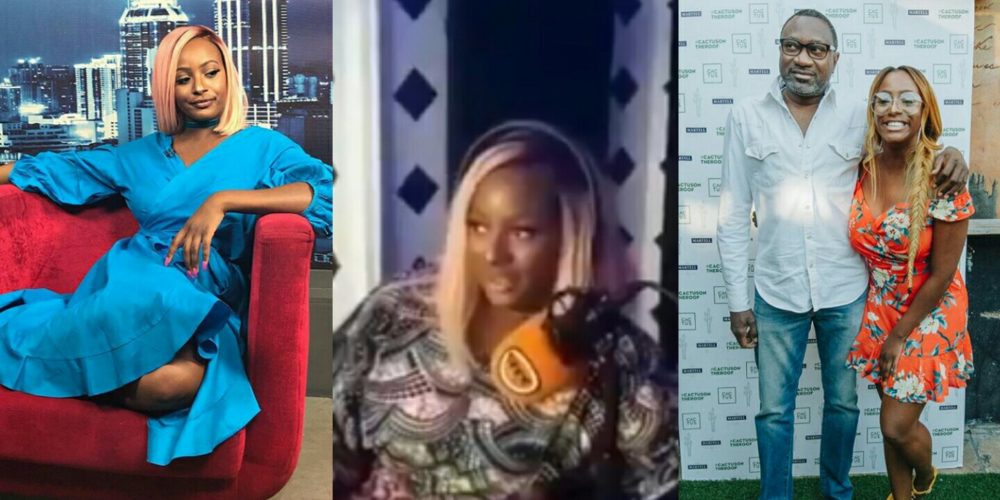 Billionaire daughter, DJ Cuppy has revealed that she used to be a feminist but stopped being one and she explained the reason for the change in mindset.

In an interview with City FM, the DJ said she used to consider herself a feminist until she realized she didn’t understand it.

I don’t like people that are hypocrites, right? So people are out there speaking about women’s rights and then behind closed doors they are doing kind of like crazy things…

I just feel like I will never come out as a feminist. I’m in a male-dominated industry and I have certain scenarios where I have to… I’m not saying I have to water myself down, but I deal with men on a day to day basis and I realize that, they’re always going to think they’re better than women.

And that’s the issue that feminism addresses, the host replied at this point. 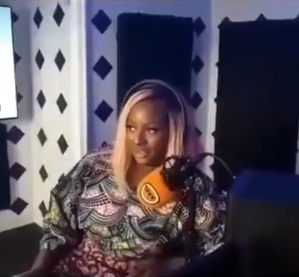 Right. But I don’t think it’s gonna solve it.

It’s almost like me, I used to have this issue with where people thought my dad made my career. But I’m like, you know what, I can’t kill myself over it. You cannot change the way people think, all you can change is what you do and how you act.

I cannot change what you think about me. I can try and influence it but you’re entitle to your opinion.

So if we go around as women, trying to change the way men think, we’re going to tire ourselves out. What we should focus on our own energy, focus on achieving our own goals and working on our own selves.

I think it’s important to talk about these issues and bring them to the surface but we must also limit the amount of attention you give them because, lets be honest, the more energy you put into one thing, the less you can into another. 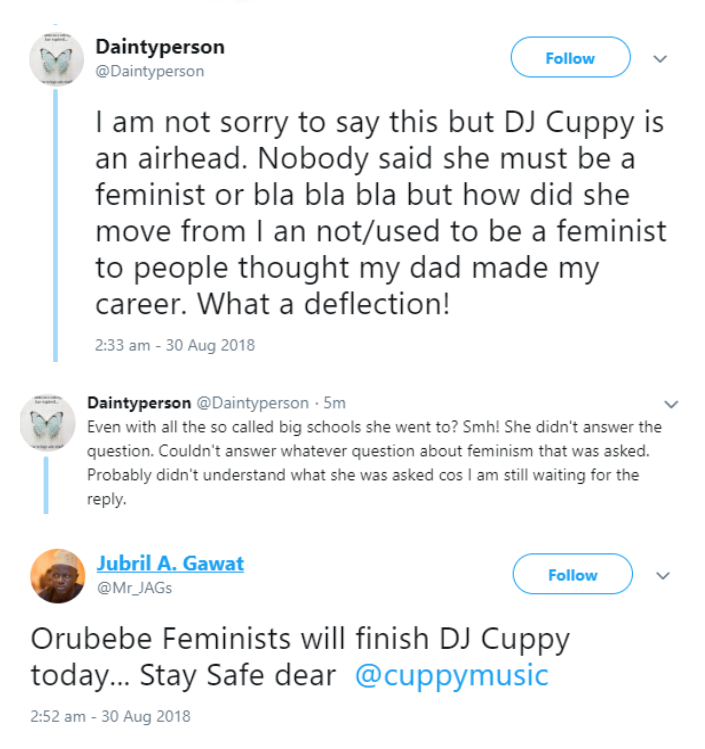 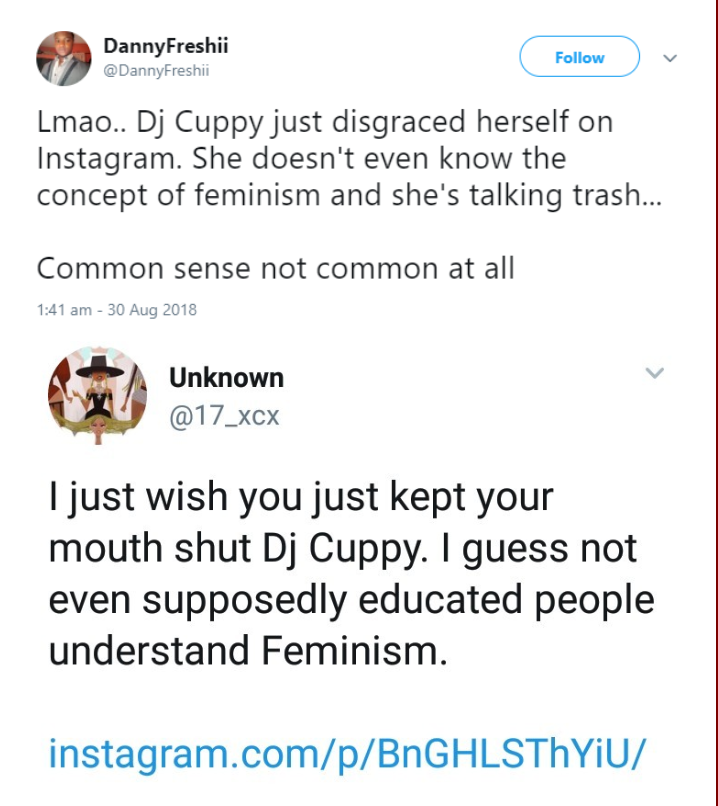 Swipe to watch the videos below:

DJ Cuppy explains why she stopped being a feminist