A Nigerian Music Promoter, identified on Instagram as @Solokeysent based in the US has called out Femi Kuti for him owing him money.

He also went further to accuse Femi Kuti of sleeping with under-aged girls and also his female dancers.

The accusation is coming few days after the musician cried out about a band member of his who took off few hours to his New York concert, almost ruining the show,

According to @Solokeysent, going by Femi Kuti’s character, he doesn’t blame the band member who took off. 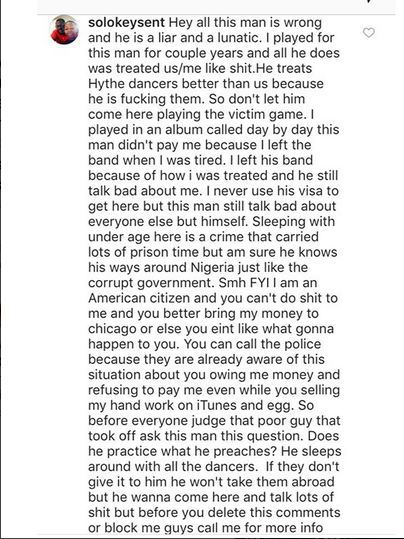