Some Fulanis who are currently languishing in a prison in Jos, Plateau state, have promised to change their ways and stop killing if they ever have the opportunity of coming out from jail. They made the promise during a church outreach conducted recently in the prison. 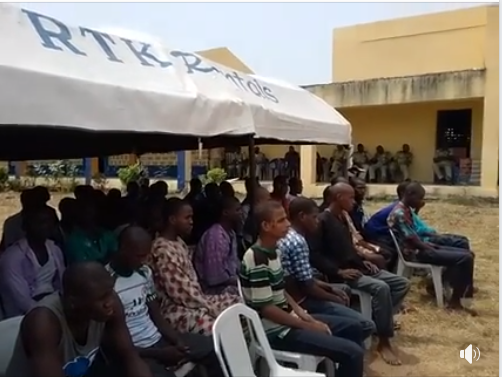 In a video footage posted by evangelist Christian Chukwuka, the leader of the Abounding Grace Foundation, the preacher warned them that if they have the intention of not changing from their evil ways, they will never come out from prison because the country can not cordone nuisance any more.

When they were asked if they know what their wives and children are doing at home, the inmates said that they don’t know because of their condition which they would like to change as most of them vowed to repent and promised not to go back to the the life of crime.

The pastor prayed for them and also encouraged them to be of good behaviour while they serve their prison sentence.