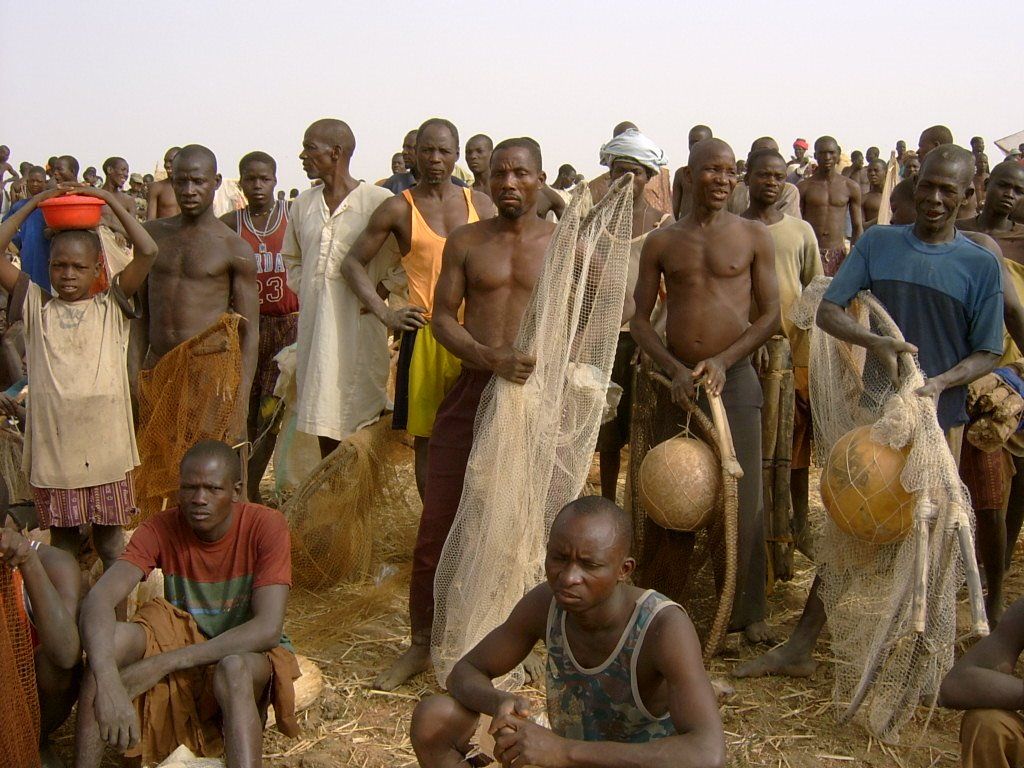 If there is a single dream that is shared in common by the members of Argungu community in Kebbi State, it is the resuscitation of the once famous Argungu fishing festival. It used to be a source of excitement for fishermen, tourists and fun-seekers, both home and abroad.

Over the years, the community feasted on the shores of this river, felt its uncommon allure. But that is not all. The river and its annual festival have inspired a sprawl of economic activities and earning opportunities for the families and vendors that reside at its bank.

Then, it all seemed designed to last forever. But lately, the story changed as the festival was suspended and the river, as if inspired the suspension of the festival, also began to dry, receding for most parts of the year.

Today, the community has nothing but a sense of nostalgia. They recall the good old past, some eight or nine years ago, when the festival placed them on the map of the world as destination hub for tourists and tourism. And they shake their heads in bitterness, imagining the enormous weight of their losses.

Alhaji Bawa Tambuwal, a member of the community, has been living by the riverbank for years. In his seventies, he recalled that the fishing festival used to be a potential source of earnings for his family members: “They sell assorted foods to visitors and the organizers of the festival during the fish catching festivity and earn jumbo incomes during this season.”

According to him, in the past eight years in which the festival has not been held, their revenue as a family has dropped drastically and their farming life, too as community, has come under grave threat as there is no sufficient flow of water from the river: “We are not happy when we suddenly woke up and realized that our river is drying up. We can’t use the water for our dry season rice farming. We lost out totally to get food and tangible income from the dry season farming.

“Secondly, for the past eight years now, this festival that created jobs for our wives and children was stopped due to insecurity in Nigeria. My wives used to sell food to people and our children were always employed by the big telecommunications companies to help them sell their products during the festival, which usually last for two to three weeks. All the economic benefits are gone. We don’t know when these things would return to what they were before.”

Tambuwal admitted that they missed the annual festival while praying that one day, it would be resuscitated by its organizers and government.

A visit to the riverbank indicated that though there are some activities, economic and social, along the bank, they are largely in their reverse and in disused state, rotting away with time.

The structures used during the famous festival are now in disrepair. Pavilions at the riverbank has become shadows of their past while shades reserved for dignitaries such as the President, governors and ministers have turned to ghost outlets.

A resident told Daily Sun that since the festival was abandoned years ago, the structures too were left to the winds: “You can see it for yourself, most of the electrical poles and cables have been destroyed, the mini–restaurants have been vandalized. Almost all the four-bedroom bungalows situated here are now in the state of dilapidation. We hope that next year, both federal and state governments would do something about reviving this festival.”

A community leader, Nadir Gulma, confirmed that the discontinuation of the festival impacted negatively on the socio-economic activities of the community. He noted that many small-scale businesses that did spring up during the festival have disappeared: “There are no investors, the structures erected are decaying. We are just praying that government would do something to resuscitate this famous festival for the benefit of all Nigerians.”

It played host to over 30,000 fishermen in Nigeria and neighboring countries at each occasion.

The gradual drying up of the river, earlier in the year, dazed observers and sparked off concerns among members of the community and stakeholders. Although the water is back with the flood of the rainy season, experts believe that it may no longer reach its previous height.

Only recently, Governor Abubakar Atiku Bagudu said the state government was collaborating with the Federal Ministry of Information and Culture to revive the fishing festival. Equally worried, he stressed that they would do everything possible to revive the festival.

He noted that the festival, last held in 2009, was suspended due to the challenges of Boko Haram. He added the then government feared that the insurgents might take advantage of the crowd at the festival to strike and cause damage:

“Since last year, we are confident that the situation is getting back to normal and we have been working with the ministry to revive the festival.

“But, of course you always avoid the rainy season and there are a lot of things to be put in place like the infrastructure and the accommodation that have decayed in the course of the suspension.

“We are working hard to ensure that all these are back in order and the sponsors are up to date in order to make it as international as possible to attract the widest audience.”