Popular designer and sibling to the popular comedian Ayo Makun (AY), Yomi Makun, aka Yomi Casual, and his wife, Grace, speak with TOFARATI IGE about their marital experience.

How did you meet your wife?

Yomi: We met at a friend’s party some years ago. She came with her elder sister and I think then they worked together at Music Africa.

What were the qualities that attracted you to your spouse?

Yomi: She was the only reserved girl in the party that day and I was surprised as to why a pretty Lagos girl would wear a suit to a birthday party all covered as if she was going to a church service. That was what really caught my attention. I greeted her but she wasn’t so receptive.

Grace: I liked the fact that he is a very kind and understanding person. He is also ambitious and focused. 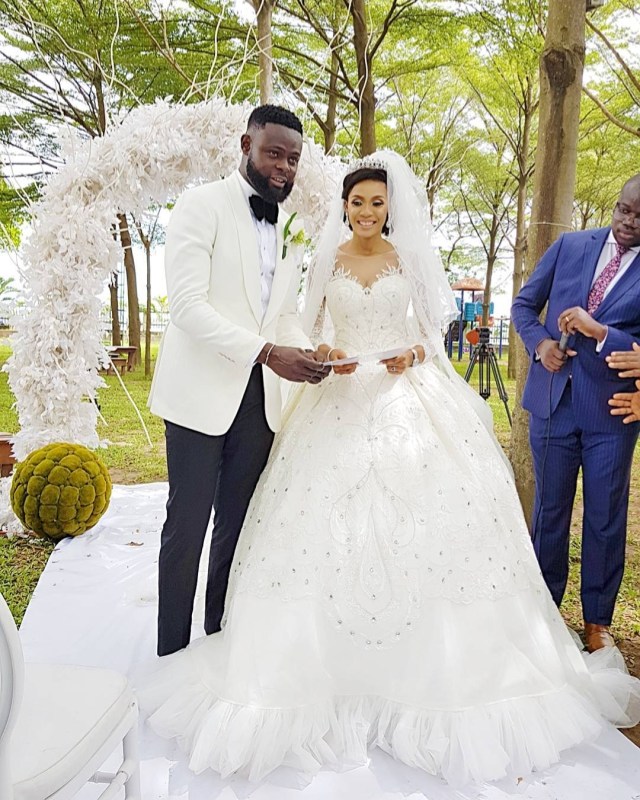 Was it love at first sight for you?

Yomi: It wasn’t because when I met her, I was in a relationship.

Grace: I didn’t even look at him twice when me met. I had nothing like that on my mind.

What finally convinced you to take the relationship to the next level?

Yomi: When love happens, you really cannot explain it. I cannot really say that the qualities I found in her is the reason I decided to get married to her but she complements me. Ever since we began dating, everything just moved smoothly, and I think that’s enough reason to know that I had found my life partner.

Grace: Like he said, we complement each other. I am always happy whenever I am with him and I was convinced that he is the one I want to spend the rest of my life with.

How did you propose to her?

Yomi: I proposed to her at a friend, Funny Bone’s show. She actually didn’t see it coming because she thought I wasn’t ready. Even before we got to the show, I had told her that I wasn’t ready for marriage just to take her mind off it.

When you initially got married, what were some of those adjustments that you had to make?

Yomi: When you are married, you know that you have to go back home on time. The day you have to stay out late, you need to discuss with your wife. Don’t think that as a man, you have the right to stay out late if you want to. Some of us had very rude parents and we don’t want to be like them. This is 2018 and there are different ways of doing things in this era. If you treat a woman well and give her the best, you will get the best from that woman. I always try to come back home on time and if I’m staying out late, she knows wherever I’m going to. I always try to carry her along.

Grace: I have always being a homely person so there weren’t many adjustments to make. However, marriage curtails a bit of your freedom as you have to be answerable to your spouse.

Can you recall the first disagreement you had as a married couple?

Grace: The first disagreement we had was about staying out late. Sometimes, he has to work late at the office and I had the mindset that my husband always had to come back home on time and stay with me. However, I have understood that staying out late at times has to do with his job. If he would be staying out late, he always lets me know beforehand.

When you have quarrels, who usually apologises first?

Yomi: I’m always the first to do that because I hate trouble. Before she starts talking, I just tell her that I’m sorry. She also apologises too and that’s why I said we complement each other.

What are some of the most memorable moments of your marriage so far?

Yomi: That was when our child came; it was a sweet moment for us.

What would you say fatherhood has changed about you?

Yomi: It has changed a lot. I used to be hot tempered but fatherhood has calmed me. Instead of getting angry now, I just smile. I have learnt to create excuses for people and even if that’s not the reason, it will make me feel good about myself. Fatherhood has also taught me how to save money in terms of my business and general lifestyle. Before I buy something now, there has to be a serious need for it. Before spending money, I think of how many things I can buy for my baby with that same amount. 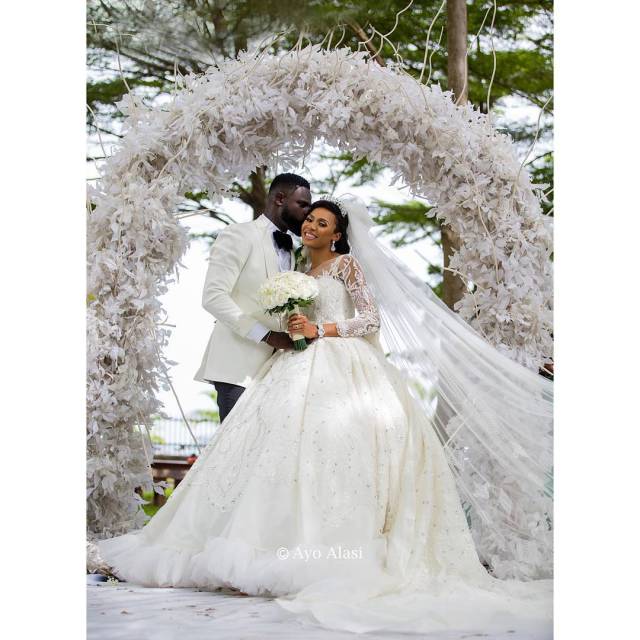 What are some of the most important lessons that you have learnt in marriage?

Grace: I’m still very new in the game as my marriage is barely a year-old so I’m still learning. Many people are scared of marriage because a lot of negative things have been said but I’m yet to witness any of such things. I believe marriage is about understanding and I read some books before I got married. Whenever any issue arises, I know where it would likely lead to if I don’t nip it in the bud. Marriage has made me to be very patient.

Do you usually involve third parties in your marriage when you have issues?

Yomi: I will advise everyone never to think about that. Never involve anyone, not even your family. Even if you catch your wife cheating, don’t reveal it to anybody. Keep it to yourself because when you guys make up, you would have already killed your wife’s image and trust me, bad news spread faster than good news. We have seen so many celebrities that quarreled and put it on social media but when they made up, people made jest of them. It’s normal to have issues in marriage but we resolve it between ourselves.

Would you advise people to try that?

Yomi: It depends on who you are married to. I know my wife very well and even though she likes money, like everybody else, she is a very good manager of resources. Right from when we were dating, I have learnt a lot from her and I trust her.

What are some of those special things you do to keep the love burning in your marriage?

Yomi: Many men abandon their wives after they get married and that’s not right. I believe your wife is like your car; the more you take care of your car, the better it looks. If you look at your car and see a scratch, you take it to the painter and fix it. You have to continually keep taking care of your wife. Make her look good and she will not be vulnerable to anyone. Too many women have fallen for small temptations. A guy could just offer them some money and they would get carried away. I can walk around Lagos barefoot while my wife drives my car; I don’t mind. You can know a rich man by how good his wife looks.

Do you have pet names for each other?

Grace: I call him Yom I and he calls me Gracious.

How do you deal with the fact that your spouse has admirers of the opposite sex?

Yomi: If I have a wife that men are not dying to get, that means I don’t have something valuable. Sometimes, she would tell me about the men that send her messages on social media. We would look at the person’s pictures together and laugh over it. Some popular people also send her messages. I actually like it when men admire my wife. Some men would rather allow their wife to tie wrapper and stay at home.

Grace: It is normal for women to admire my husband. At times, I encourage him to visit the gym and he would tell me that would make many girls admire him because of his buff chest and flat tummy. I tell him it doesn’t matter, that I want the girls to come.