Guns were blazing yesterday, as hot beans were spilled and the cat found its way out of the bag as Yvonne Imongan, a former Personal Assistant to Nigerian Singer, Waje, revealed that she almost lost her life working for Waje due to unpaid salaries and other Shenanigans.

However, Yvonne today confirmed that she has gotten paid.

The ex personal assistant made this known via a post on IG that she got paid last night, this came after she had called out the singer.

She shared a photo which had these words ;

Thanks to everyone who took out time to tag and comment both positively and negatively I have been paid!!! God Bless you all 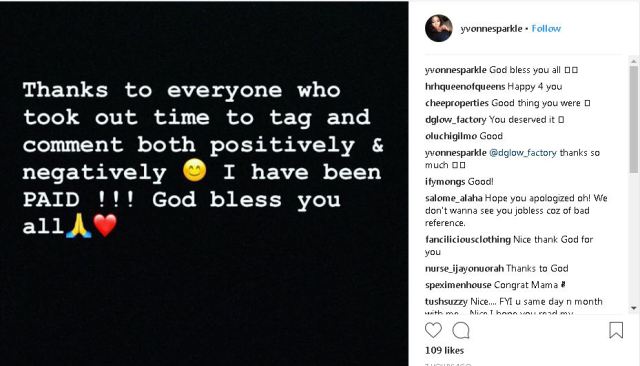 In case you missed it, peep the words Yvonne had written in an effort to call out the renowned singer ;

“I have worked with her for a month. Today makes it a month I started working with her. When I got the job, initially she told me I was on probation, but she didn’t tell me I wasn’t going to be paid.

She told me I was going to have 50,000 for my first payment and after six months, she was going to increase my salary. I started working with her and in between fell sick. 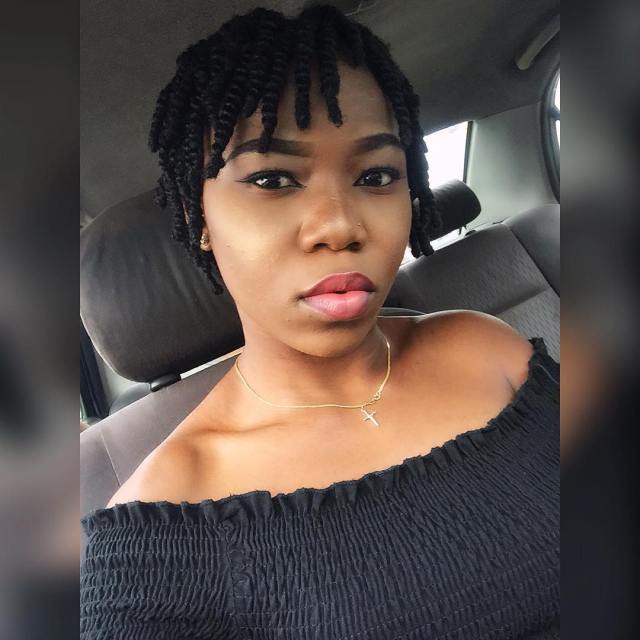 I normally had ulcer. Working with there was very stressful but I didn’t complain about the stress, because it was my first time working as personal assistant. When I started the job, I feel sick and had internal bleeding because of the Ulcer. She ordered for me to be taken to the hospital but there was no support.

I begged for the date to be shifted because I need to work, and it being my first month, I was expected to be active. It was then shifted. I asked her for a couple of days off for the exam but she replied no, adding that she couldn’t compromise. She also asked me if it was convenient for me.

I told her that presently it wasn’t convenient because I had a lot of things to do, but I wasn’t quiting my job. I wanted to be able to study and work, because I worked through all the busy schedules. She told me to go home, but I didn’t go home immediately because I was confused.

When I eventually got home, I sent her a message asking her if I would get paid for the work I had done and she said “no, my dear”, because I was on probation.”