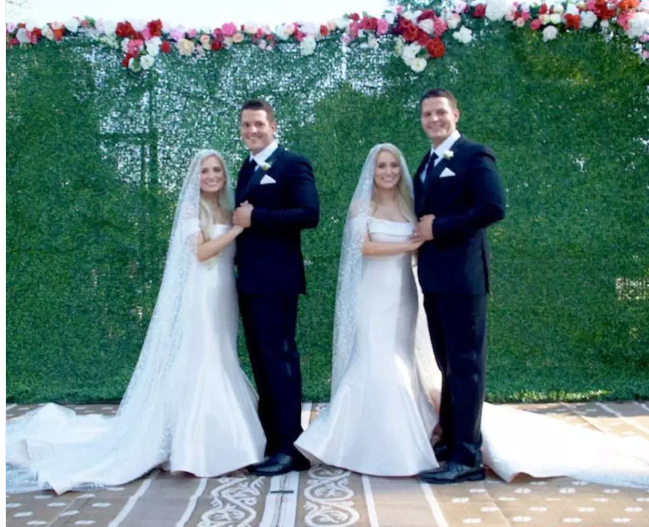 Josh and Jeremy Salyers, 34, met Brittany and Briana Deane, 32, last August when they all attended a festival for twins in the town in Ohio.

The loved-up duos both say they had instant connection and now Briana has married Jeremy, while her sister Brittany married Josh.

The ‘Twice Upon a Time’ themed nuptials took place as part of the 2018 Twins Days Festival.

The Salyers brothers both popped the question at the same time and even the date of the proposal was also a nod to their both connections – February 2 or 2-2.

The sisters thought that the filming was for an advert but both brothers then got down on one knee at the same time.

The couples now plan to all live in the same house and raise their children together.