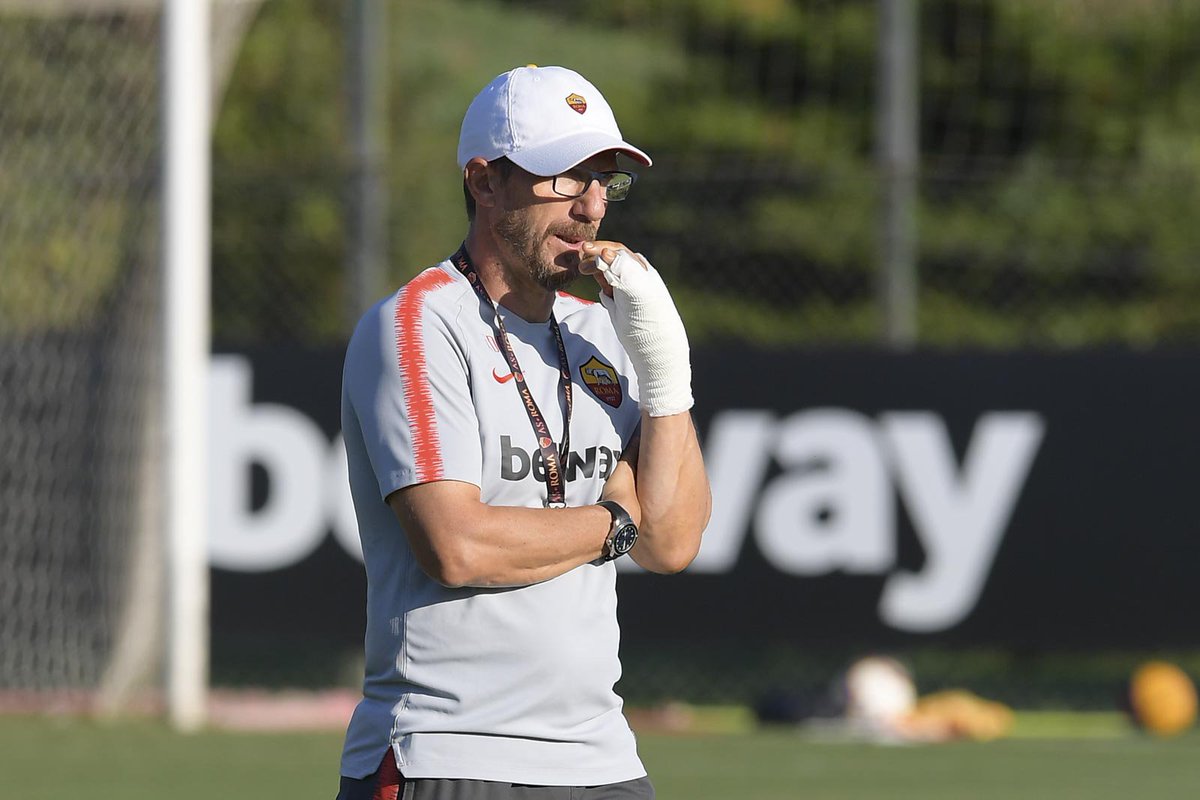 AS Roma’s coach, Eusebio di Francesco , broke his left hand while celebrating his side’s comeback against Atlanta in the last match of the Serie A match day 2 on monday night.

Roma took an early lead when new signing Javier Pastore bundled the ball into an empty net from an in-swinging cross as early as the second minute. They were however shell shocked when Atlanta replied them with three goals just befoe the half time break.

With the scoreline at 3-1 in favour of Atlanta at the Stadio Olimpico stadium in the Italian capital, the Italian manager threw all at Atlanta in the second half and duly reduced the deficit in the 60th minutes. Then Atlanta parked the bus and all seems over for As Roma until they got the leveler in the 80th minutes.

The ecstatic coach was over the moon as he kept on jumping, kicking the dug out and also punched a perspex pane on the side of the seating area a move that injured his hand. He was said to have undergone surgery as a result.