LeBron James is a Los Angeles Laker from Akron, Ohio. He has opened a completely free school in his hometown in Ohio.

On Monday, before heading to Califoria, LeBron James unveiled his I Promise School, which will benefit at-risk students.

It is public and part of Akron Public Schools, which paid $2.9 million from its general fund for the cost of most benefits, salaries, supplies and essential elements for the school, according to Akron Beacon Journal.

James’ I Promise School built in Akron, Ohio, opened on Monday July 30th. The school will provide everything for free, including: 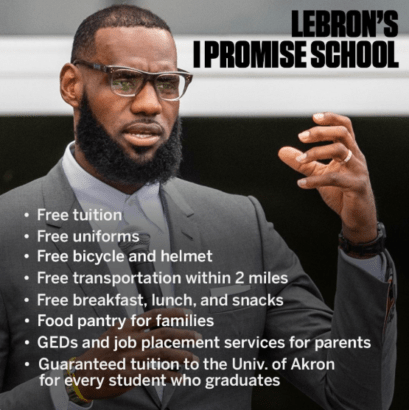 The public school is considered the first of its kind and will serve low-income and at-risk students in Lebron’s hometown.

Lebron has done a lot to give back to his community but the I Promise School will be King James’ crown jewel. The 240-person population of third- and fourth-graders is made up of students “identified by Akron Public Schools as behind in critical academic areas and other factors.”

He insisted that his institution be a public school, as he could relate to the pitfalls that Akron youth must face.

Impressively, the school boasts a 20-to-1 student-teacher ratio, year-round programming and a 9-to-5 school day to keep its children engaged. 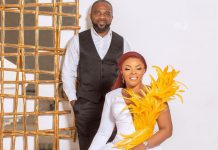