The police have arrested a 38-year old man, Mr. Clement Momudu, after he was caught having sex with an 11-year old girl inside the school compound at the popular Inner City Mission Nursery and Primary School located in Alausa area of Lagos. 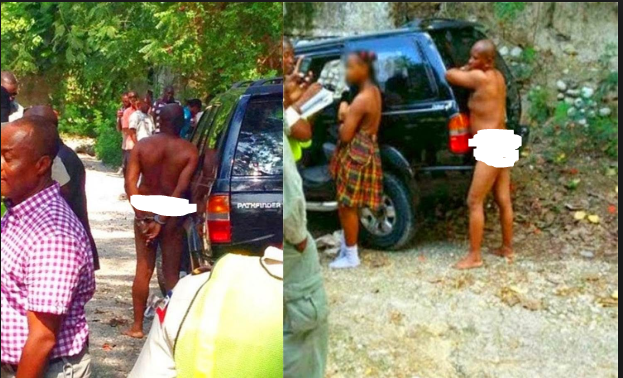 The police alleged that on 28th July, 2018, Mr. Momudu lured the victim into one of the classrooms in the school premises, removed her pant and penetrated her. While he was still engaging in the act, one of the school staff caught him and raised alarm which attracted other members of staff.

He was apprehended and handed over to the police at the Alausa Division. The matter was later transferred to the Gender Section of the State Police Command.

It was gathered that during investigation, Momudu admitted but claimed that he did not force her into the act; that he did it with her consent as such it was not rape.

However, the police found him culpable and charged him before the Ogba Magistrates court for the offence.

The prosecutor informed the court that the victim was a minor and the incident happened within the school premises when the school had closed after classes.

The Presiding Magistrate, Mr. Peter Nwaka, did not take his plea and denied him bail.

The court ordered that Momudu be remanded in prison custody and directed the prosecutor to duplicate his file and send to DPP for advice.

The matter was adjourned till 3rd September, 2018 for the report of DPP to be available.

It was gathered that the case of defilement was felony as such if the DPP found him culpable, Mr. Momudu may spent up to 10 years in prison for the offence if convicted.

The police did not disclose if the defendant was a staff of the school and how he was able to gain access to the school premises in the afternoon to commit the offence there before he was caught.