Mr. Muyiwa Arowoye, popularly known as Swagger, has been arrested in Lagos by detectives after the dreaded suspect attempted to escape but his charms were said to have failed him. According to reports, Swagger was arrested and his charms were recovered at Ifako Ijaiye area of Lagos, from where he operated within and outside the state. 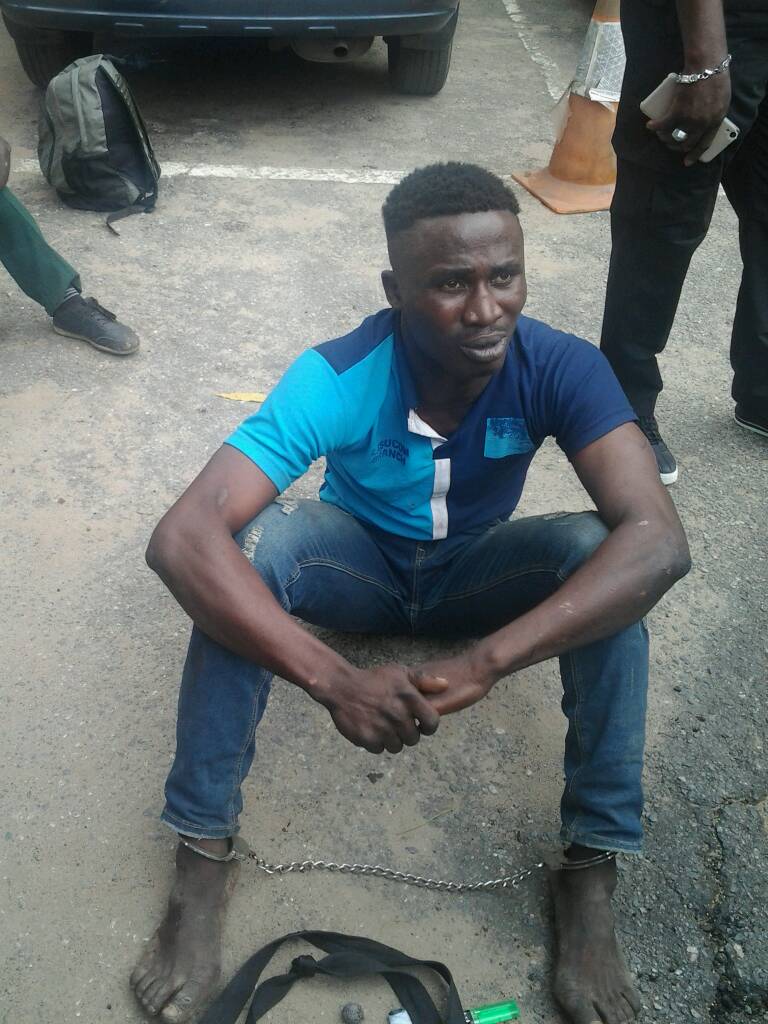 The suspect, Swagger, was said to have been a nightmare for many DPOs, as many had been redeployed due to their inability to arrest the suspect.

However, the mystery of his numerous escapes whenever he was in danger came to an end after the police tracked, arrested and chained his two legs for him not to escape as he used to do. He was immediately brought to the Police Command in Ikeja, Lagos, where he was detained under close supervision.

It was gathered that the suspect was supposed to have been paraded but the police high authorities suspended it and took him back to detention as the police said it was a special case to be studied before any further step will taken.

His charms were also brought to the Command as exhibits which had purportedly made the suspect look invisible for several years.

Police source said that the police will like to know how, where he got the charms and who made such for him and his criminal gang.

It was revealed that the suspect, popularly known as Swagger, was said to have been involved in various criminal activities ranging from cult activities, armed robbery, vehicle snatching and others.

“This guy is a case study and the police will like to understudy him in order to know more about what criminals do because he had participated in almost every form of criminal activities within and outside Lagos” the police source said.

The source also revealed that he had psychologically tortured police officers and DPOs for several years as he had always escaped after carrying out his nefarious operations to the surprise of the officers and residents.

The residents trooped to the Police Command to witness and be sure it was the dreaded Swagger that was really arrested. They claimed that they were still in shock but happy that it happened.