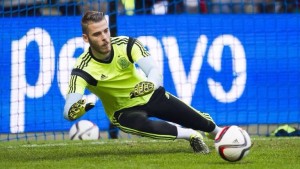 There have been suggestions of unrest within the Manchester United squad after loosing to both Brighton and Tottenham consecutively. The consecutive defeat marks the first time the red devil would loose two matches simultaneously in the English Premier League since 1991/1992 season.

The Red devil’s goalkeeper , David de Gea, who has been United best players for three consecutive seasons came out this morning to put such suggestions of unrest to bed by uploading a picture of himself and team mates holding each other before a match. He then tagged it ”United now more than ever.”

United fans however took their turns to react.

Loved this club for 43 years, 2 bad results will never change that. #MUFC