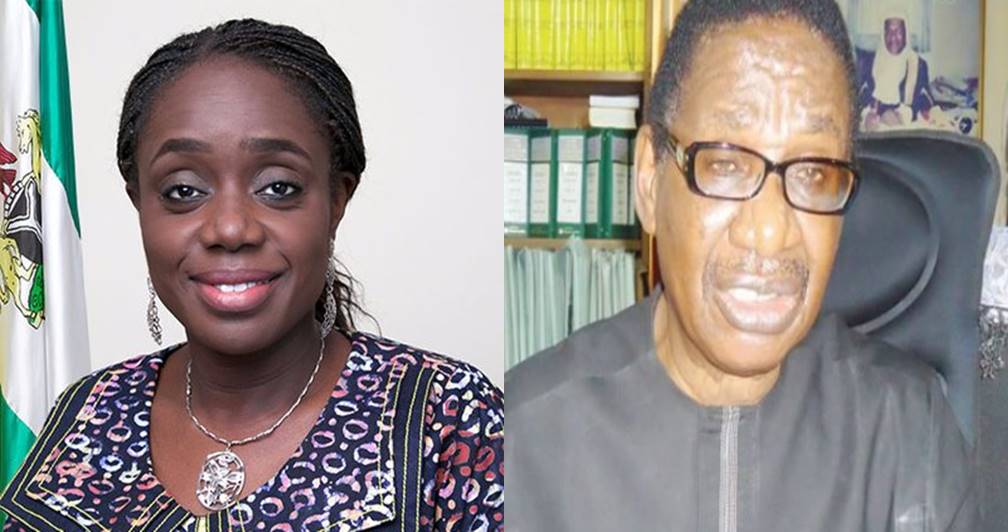 Chairman of the Presidential Advisory Committee Against Corruption (PACAC), Itse Sagay, has reacted to calls by Nigerians for the Minister of Finance, Kemi Adeosun, to react to the allegations that she forged her NYSC discharge certificate.

Recall that in July, Premium Times had reported that the minister falsified her NYSC exemption certificate. The Minister is yet to react to this allegation.

In a fresh interview with The Nation, Sagay said Adeosun’s expertise is very important to this administration and that she cannot be allowed to go just because of a NYSC certificate.

“Let me tell you my reaction. This woman is a brilliant and extremely valuable member of this government. A lot of the good things happening now – the welfare that Nigerians are enjoying and are going to enjoy, because it takes time, and the way our economy is booming, how we got out of recession – are due to her expertise, her commitment, her sacrifice. There is nothing in this world that will make me remove such a woman from the government. The PDP can weep from now until there is no tear in their body; she is going to be there. We cannot afford to lose that woman. Who cares about youth service? I don’t bloody care whether she did youth service or not. It’s irrelevant as far as I am concerned. I don’t believe it. I don’t see anything serious about not doing youth service. I don’t see anything serious about it. That’s my own bias, not government’s. I’m telling you now. If I were President Buhari, I would never, ever touch that woman because she’s damn good.” he said

On the allegation that she forged her exemption certificate, he said

“I don’t believe it. I don’t see anything serious about not doing youth service. I don’t see anything serious about it. That’s my own bias, not government’s. I’m telling you now. If you ask me – If I were President Buhari, I would never, ever touch that woman because she’s damn good. The enemies of this government want to reduce his capacity to provide good governance by engaging in social media attacks and trying to get rid of her. It will not work.”

Sagay also called on Bukola Saraki to resign his position as senate president since his defection from APC to PDP.

“He should relinquish his position as a matter of honour. He’s not compelled by law to do so. He needs to be removed by two-thirds majority. He got there because he was in APC, even though he got there by subterfuge, which is typical of him. He got there in a cheeky, fraudulent manner. Nevertheless, for him to be removed, they need two-thirds, not of the senate, but of those present and voting at a meeting. It doesn’t have to be everybody. It’s those who happen to be there. Once they meet the quorum of one-third, and he is there, he can be removed by two-thirds of that one-third” he said