Ex-beauty queen, Ronke Tiamiyu has taken to social media to narrate her experience after dating a Yoruba guy and an Igbo guy, saying that Igbo boys are coded and cool to date.

The former Miss Charismatic pointed out that most Yoruba guys are very noisy and that they talk more than some women and after dating a Yoruba guy for just just 2 months, the relationship came to shambles because of his lousy and talker-thief nature. 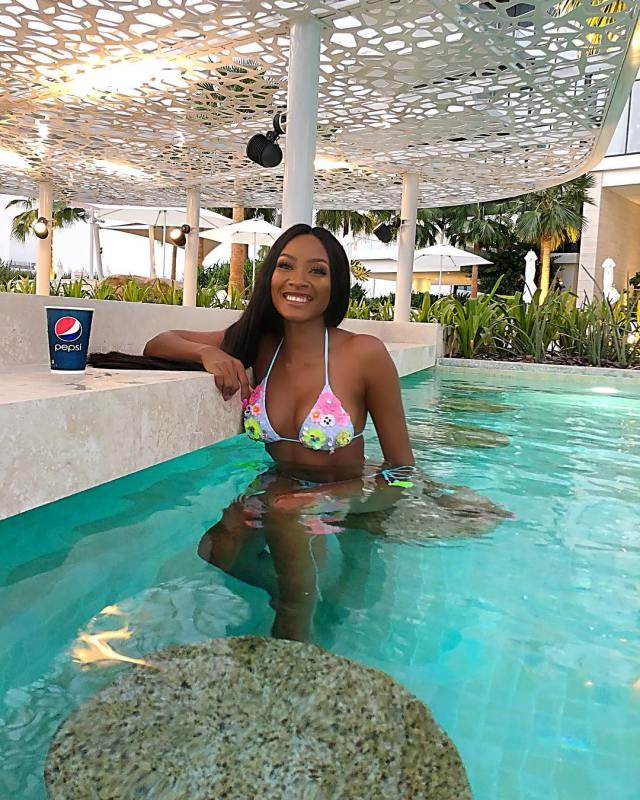 Seriously i think yoruba boys talk too much, no offense. I dated an Igbo boy in that same Lagos for 2 years plus and nobody hear am, just few of his close friends, the yoruba boy i dated after him under a week, the relationship was the talk of the town.

I was shook cos me i was still forming coded, as we both agreed to keep it on d low, he told everyone that cared to know and the relationship did not even last for 2 months, not being tribalistic but damn, some Yoruba boys talk way more than women.

I love my relationship on the low, impress me and not the street, if i ever flaunt my man, just know i have reached my final bus stop, maybe on our introduction or traditional marriage not even engagement. 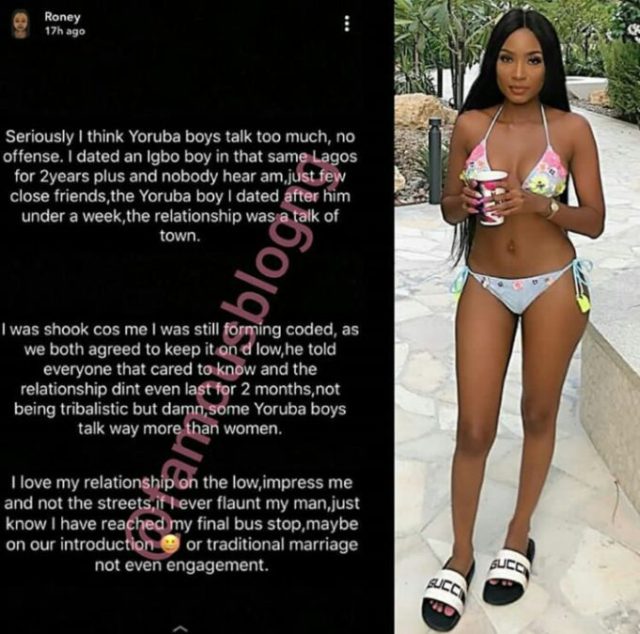