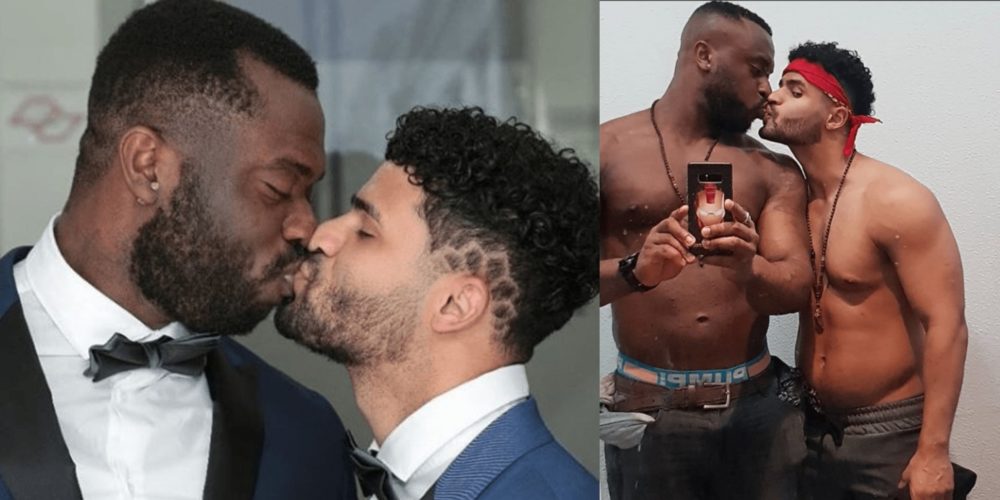 A Nigerian man identified as Michael Lord M Smith ‘Mike’, recently tied the nuptial knots with his Brazilian fiancé, Deck in the U.K.

The smitten couple shared photos on their respective social media pages. On his part, the Nigerian actor, Mike wrote,

‘finally the appointed day has come. Thanks to everyone who made this special day possible. Join us In our marverlous journey ahead’.

Here are photos of the Nigerian man and his handsome Brazilian fiancé below; 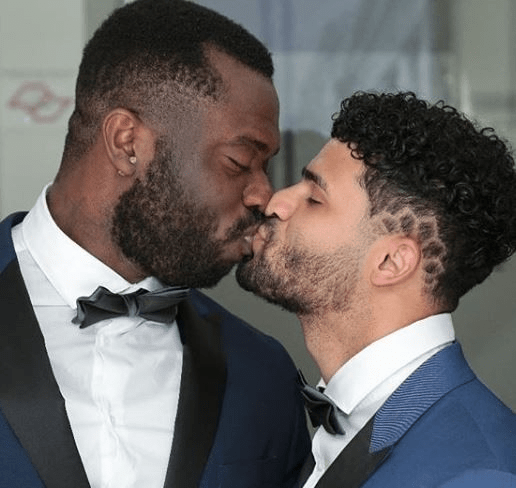 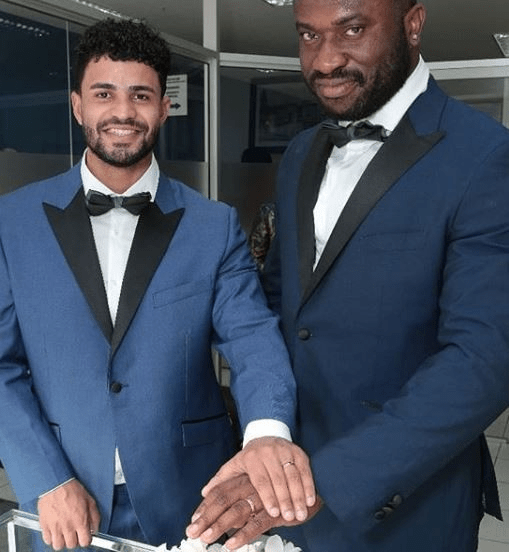 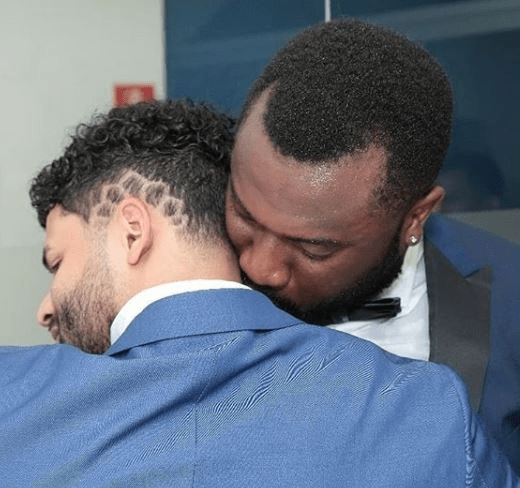 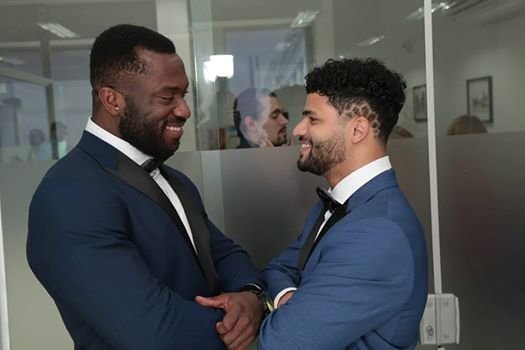 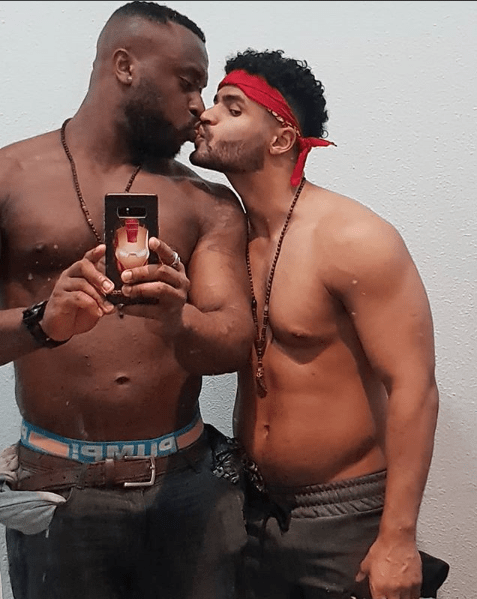 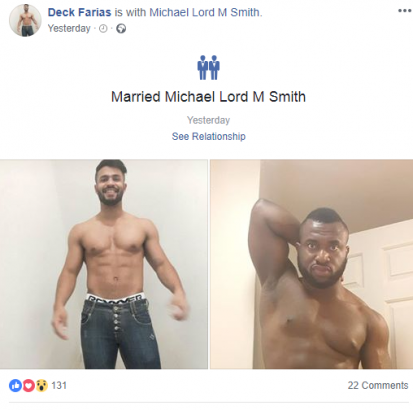 Meanwhile, a Nigerian Certified Matchmaker, professional love Coach and emotional therapist who took to his page to list signs every lady should notice if their man is secretly GAY’ and the signs are quite interesting.

See the list and tell us what you make of it

1. He constantly stares at guys than women

2. He could be gay if he criticizes gay people too much

3. He could be gay if he appears to be too damn faithful

4. He could be swinging if you have no issues with him concerning other women

6. He keeps more male friends on social media than women

7. That brother could be holding blowing pipes, when he tries to avoid sex with you.

8. He could be seeing guys when he doesn’t disturb you to have sex with him and on the other hand you thanking God that you have met a man that isn’t after sex.

9. When he suggests you both invite a guy to bed so the both of them can satisfy you, sister run ?‍?? because he’s bringing his friend in to caption your brain thinking he is so understanding.

10. When he cares too much about how he looks like female friends you have. There is something about it when he starts to care about his physical appearance.

11. He wants to feel how you feel during penetration, he wants you to insert your finger down there.

12. I repeat this, if he doesn’t check other women out he is completely gay. Don’t argue, he is not being faithful to you he just doesn’t find the need to feel attracted to women. Instead he talks about men more.

13. If he praises a particular male friend of his than you the one that claims to hold his heart, trust me that guy could be his gay partner.

14. He is classically touchy with other men, he enjoys hugs, holding hands and even loves the male bathroom hehehehehehe

15. He enjoys other’s sexuality, it’s an interesting topic for him, trust me nicca is gay.