A Lagos court has handed a 19-year old, Saheed Emmanuel, two years imprisonment without an option of fine for scamming a 60-year old woman by stripping her naked under the false pretence of delivering from evil spirits. 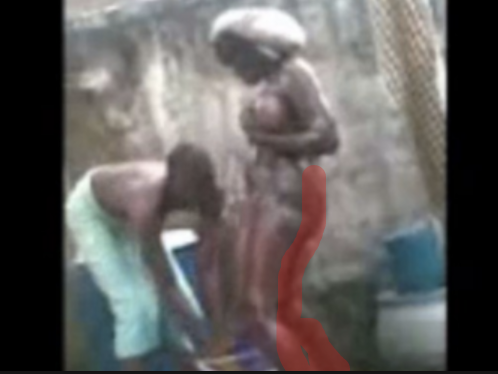 The incident took place at Governor’s Road in Ikotun area of Lagos where Emmanuel met the 60-year old victim said to be suffering from an undisclosed ailment.

The convict’s journey to prison started after he told the woman that he was born a spiritualist and had powers to heal sicknesses and diseases; both physical and spiritual and she believed him.

The woman opened up to him about her predicament and he assured her that he would deliver her through his spiritual powers. He then asked her to bring N120,000 for the spiritual work, she collected the money from his son and gave to him.

Thereafter, Saheed asked her to prepare for the spiritual work and took her to a river at the Badagry area of Lagos.

At the river, he asked her remove her clothes which she did. While she was naked, he touched every part of her private under the false pretence of conducting the said deliverance. He also instilled fear in the 60-year old woman and her condition became worse. At that point, she opened up to her children and told them about the alleged scam.

The matter was reported at the police at Ikotun Division and Saheed Emmanuel was arrested and later charged before the Ejigbo Magistrates court where he pleaded guilty.

The prosecutor, Inspector G. Simon, presented the facts before the court and he admitted that he did so.

Thus, the Presiding Magistrate, Mr. L.K.J. Layeni, found him guilty as charged. He was taken to prison custody where he will spend the next six months as the court ordered that the terms will run concurrently.