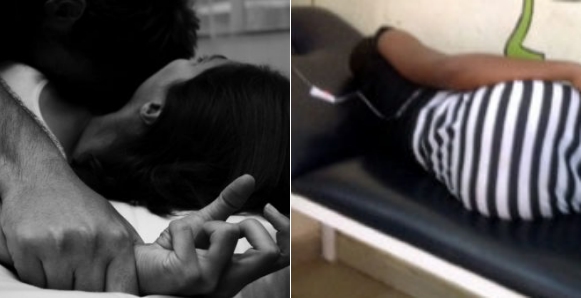 A 28-year-old man, Kelvin Michael, who allegedly raped a woman to death, was on Friday arraigned in Ota, Ogun. Michael, who lives at No. 21 Abebi St., Sango-Ota, is facing murder charge at an Ota Magistrates’ Court.

A state counsel, Mr Bale Nimnan, told court that the accused committed the offence on Aug. 14 at 11.00 a.m. at his residence in Sango-Ota. Nimnan said the accused had several rounds of sex with the 40-year-old woman, Monsura Idowu, which resulted in her death.

Mr Tunde Akinola, counsel to the accused, urged the magistrate to grant the accused pending advice from the State Director of Public Prosecutions (DPP).

He noted that advice from the DPP usually take longer time, adding that if the accused was remanded in prison he might stay in custody longer than nencessary. Most accused persons stay between five to six years in prison pending DPP’s advice, he said.
The offence contravened Section 325 of the Criminal Code, Laws of Ogun, 2006.

In his ruling, Chief Magistrate Mathew Akinyemi, granted the accused bail in the sum of N500, 000 with two sureties in like sum.

Akinyemi said the sureties must reside within
the court’s jurisdiction and should be gainfully employed with an evidence of tax payment to Ogun Government.