80-yr-old herbalist, 2 others arrested for beheading a policeman

An octogenarian herbalist identified as Hussaini Musa, was paraded by the Katsina State Police Command in connection with the beheading of a Police officer attached to 56 PMF, Special Duty, Operation Safe Haven, Jos, Plateau State. 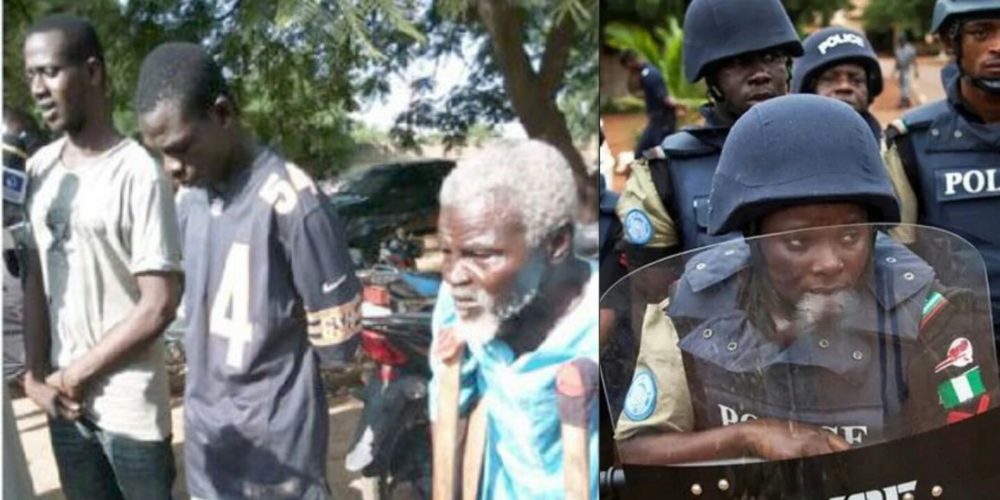 The Katsina State Commissioner of Police, Mohammed Wakili, while addressing newsmen shortly before parading the suspect at the police headquarters yesterday, said the herbalist was arrested with two others for beheading Sergeant Unana Ishaya.

Wakili stated that the suspects plucked out the sergeant’s eyes after beheading him, as part of requirements given to them by the herbalist, Hussaini Musa, for a charm jacket which will enable them to carry out robbery and afterwards escape arrest by disappearing.

One of the suspects, Abubakar Sani, told Vanguard that they wanted to use the charmed jacket to rob the EFCC office in Jos, where they suspected there was huge amount of money, without having to breaking in. According to the Police boss, “so they surprised the officer, who was on a special duty at a joint, though not in uniform, and beheaded him. 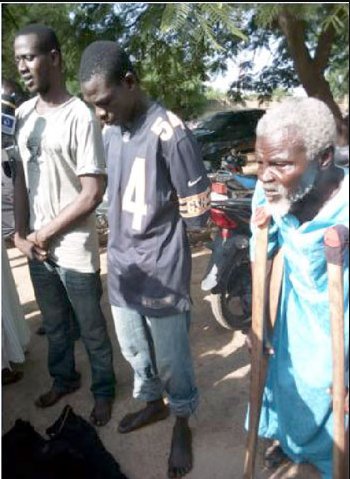 According to them, the policeman was drunk, though an investigation is in progress to ascertain what happened. “Part of the requirements is to dry the eyes. So they were arrested while drying the eyes in their apartment.”

The commissioner said operatives attached to the state police command’s intelligence bureau bust the cultists’ activities based on a tip-off.

He added that the suspects have confessed to the crime, with each stating the role they played in committing the offence, noting that “they will be arraigned in court immediately the investigation is completed.”

President Muhammadu Buhari has stated that the closure of land borders in Nigeria is to strengthen the country's security and economic. Speaking via a statement...
Read more

Former lawmaker, Shehu Sanni has debunked reports that say he pleaded with officials of the EFCC after he was presented with 13 audio evidence...
Read more

Unified heavyweights champion, Anthony Joshua has arrived Nigeria where he is expected to meet with President Muhammadu Buhari, having made the country proud. The news...
Read more
- Advertisement -