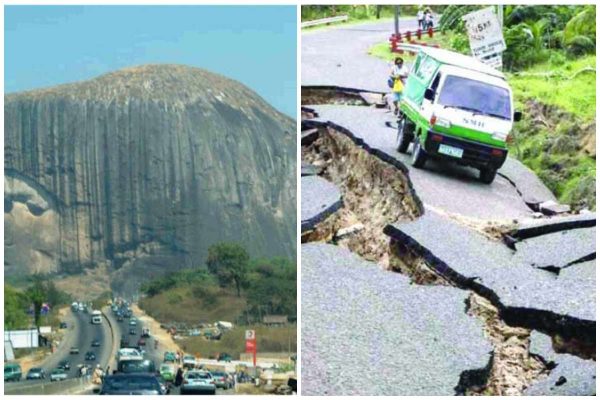 Scientists have warned against the incessant rock blasting in the country following yesterdays earth tremor in Abuja.

The scientist called on regulatory agencies to come up with rules and regulations that will prevent people from the indiscriminate blasting of rocks in order to preserve the environment as well as save lives and properties from natural disasters.

They made the call on Friday in Abuja in separate interviews with the News Agency of Nigeria.

They said persistent and uncontrolled blasting of rocks with the use of powerful explosives could lead to earth movements.

Prof. Mosto Onuoha, the President of Nigerian Academy of Science, said rock blasting may be responsible for the earth movements in Mpape and parts of Maitama, Abuja. He said;

“The use of explosives to break or blast rocks could have vibrating power and it will get to the stage that it can be seen visibly and to the bottom of the ground where we cannot see but where the rock has ended.

“When this action is continuous, the vibration from the rocks blasted with explosives will be transmitted to the body-like water that is already settled under the ground.

“The release of the vibration in form of energy back to the earth will lead to earth-shaking.

“ The FCT Emergency Management Agency, National Agency for Space Research Development Agency and other relevant organisations should continue to monitor the situation in Abuja and in other places,’’

Dr Adeneye Talabi, a former Director of Technology Acquisition and Adaption in the Federal Ministry of Science and Technology, urged the Federal Government to enforce all existing rules on the exploitation of natural resources. He said;

“If there is a tremor, it is an indication or symptom that the eventual higher degree of it which will translate into earthquake can occur.