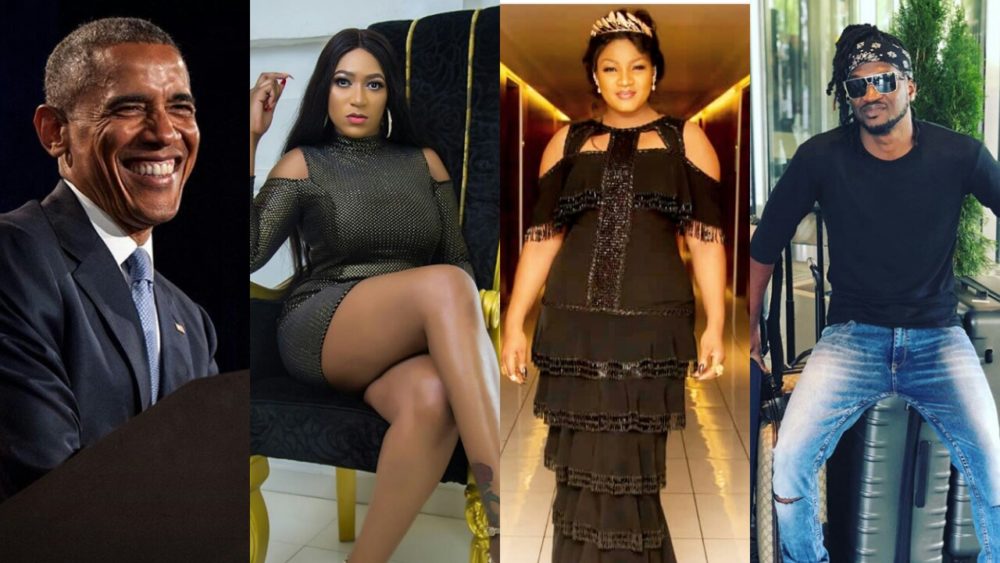 Nollywood actress, Rukky Sanda has taken to her Instagram to bring up an idea of Nigeria hiring Ex-US president, Barack Obama to come and rule Nigeria for the next 8years and she has gotten some support.

Actresses Omotola Jalade-Ekeinde, Monalisa Chinda and singer Paul Okoye, all believe it would be a good idea for former US president, Barack Obama, to be hired to come and rule Nigeria for eight years even if it means us paying him.

The idea which was just meant to be a post and a thought from Sanda has now caught the attention of many who are reacting to the post.

Read their reactions below; 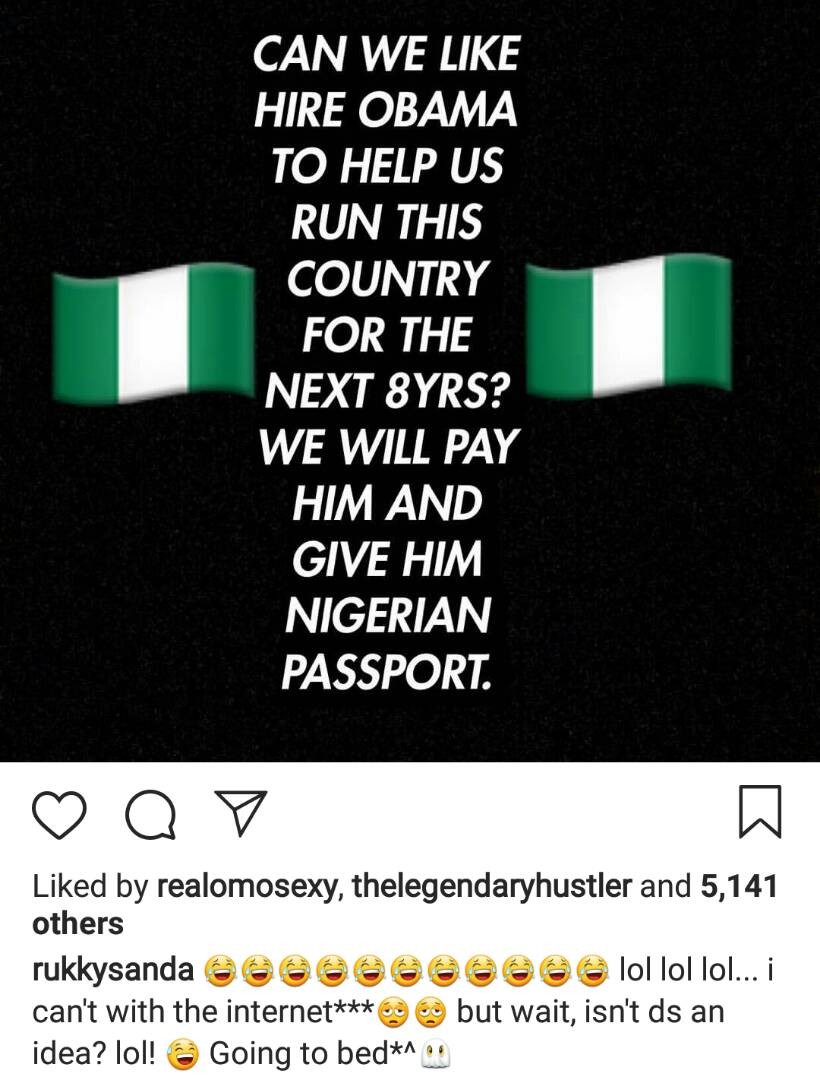 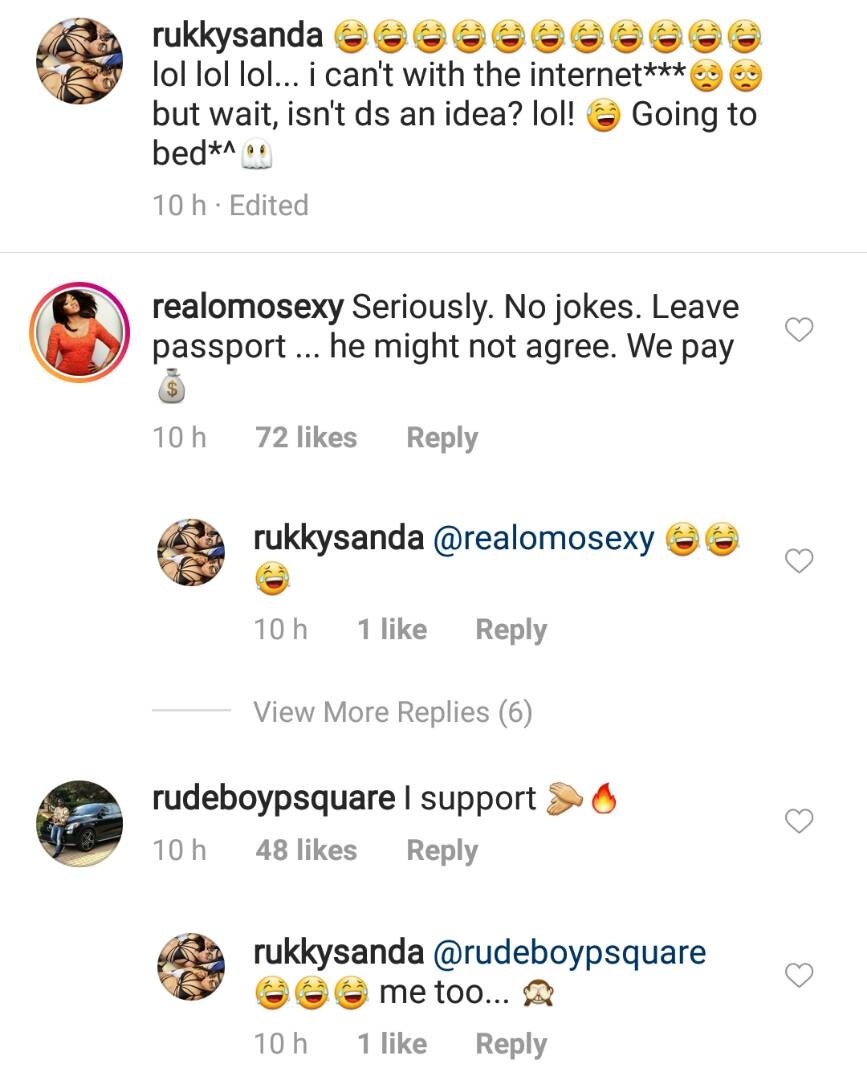