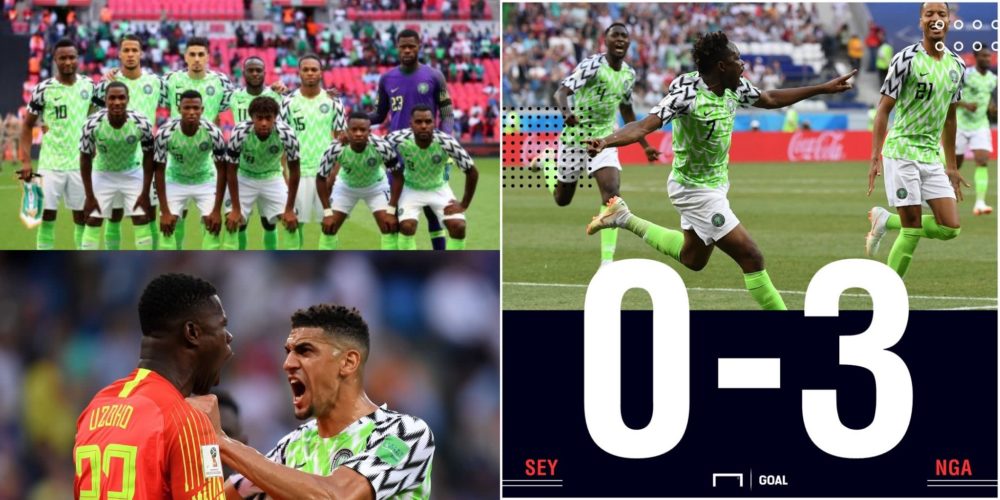 Super Eagles attacker Ahmed Musa scored a screamer as the Nigerian side beat Seychelles 0-3 to get their Afcon qualifying campaign back on track.

Goals from Ahmed Musa, Chidozie Awaziem and Odion Ighalo saw the Super Eagles pick up their first win of the qualifiers, with debutant Samuel Kalu causing havoc to the Pirates defence.

Musa and Awaziem handed the visitors a two-goal advantage in the first-half and Ighalo added the third from the spot after one of Kalu’s numerous teasing runs was halted in the box. 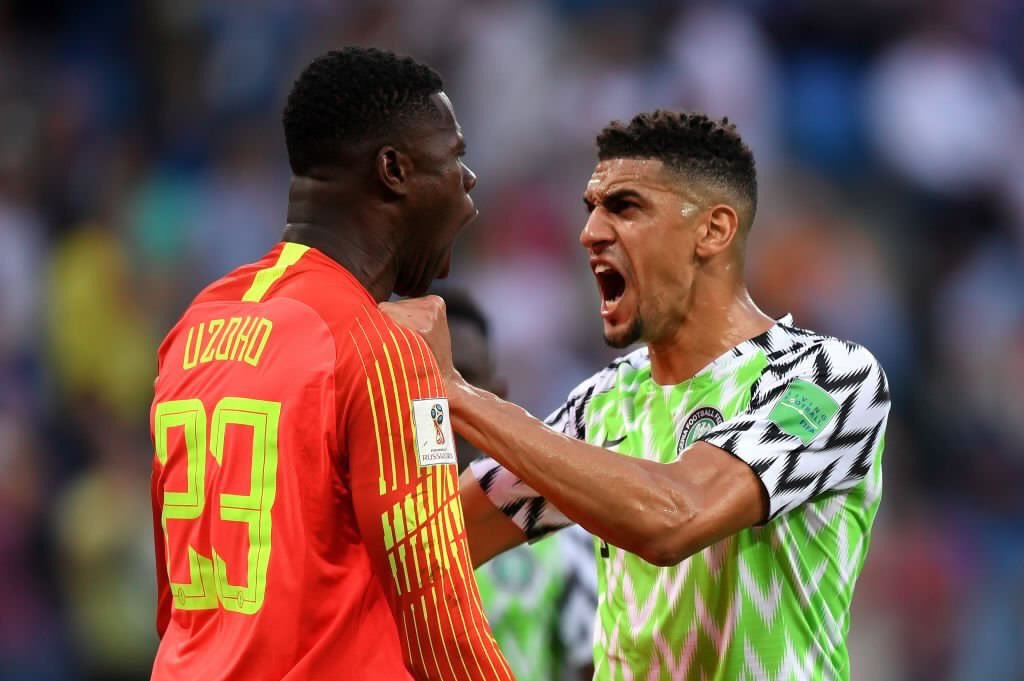 The buildup to the game had seen Gernot Rohr deal with several disappointments with team captain John Obi Mikel and some key players ruled out through several injury concerns.

The German handler had to make four changes to the team that started against Argentina in their last outing, at the World Cup.

Awaziem came in as a surprise pick for the right-back spot, Ogenyi Onazi partnered Wilfred Ndidi at the base of the midfield, Bordeaux new signing Kalu handed his international debut and Ighalo was restored to lead the lines. 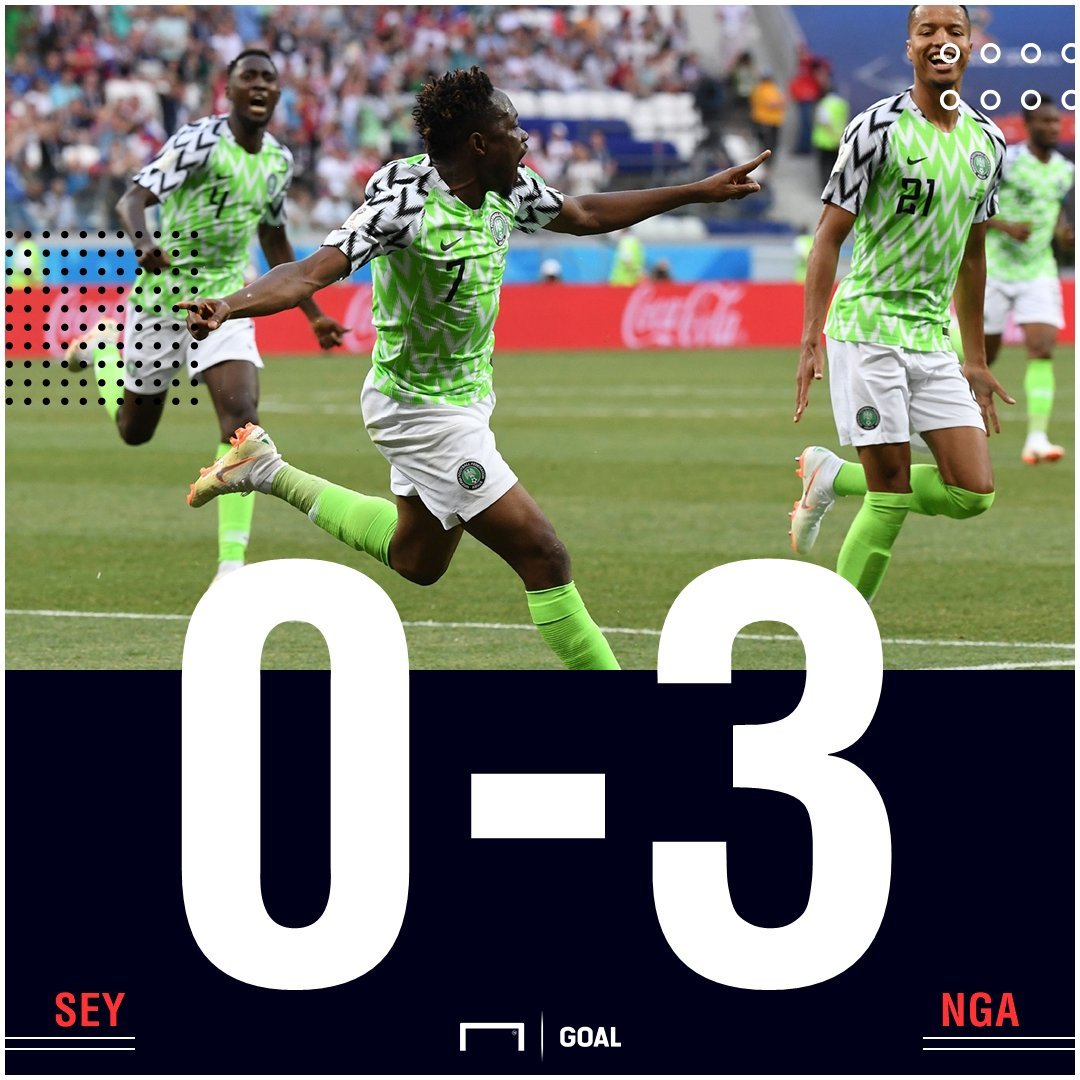 It was 2-0 on 34 minutes after Kelechi Iheanacho’s free kick hit the crossbar, leaving defender Chidozie Awaziem to tap into an empty net.

In the second half, the Seychelles Pirates took the game to Nigeria, but failed to score. 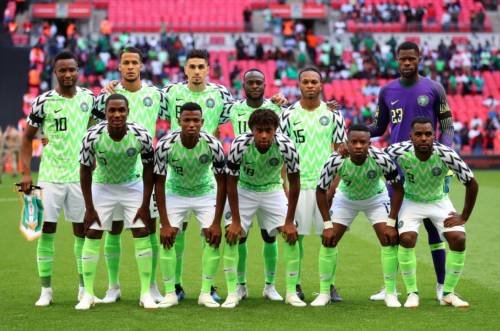 It was over as a contest as Odion Ighalo converted a penalty on 57 minutes to give them an unassailable 3-0 lead.

Sadly, goal scorer Awaziem was stretched off in the 74th minute after a collision, allowing Semi Ajayi to make his International debut.

And debutante Ajayi almost provided the fourth goal as his inch-perfect cross was met by substitute Henry Onyekuru, who headed the ball just wide.

Nigeria will next face Libya, who have a date with Bafana Bafana of South Africa later on Saturday.

As it stands, Nigeria are third in Group E with three points. 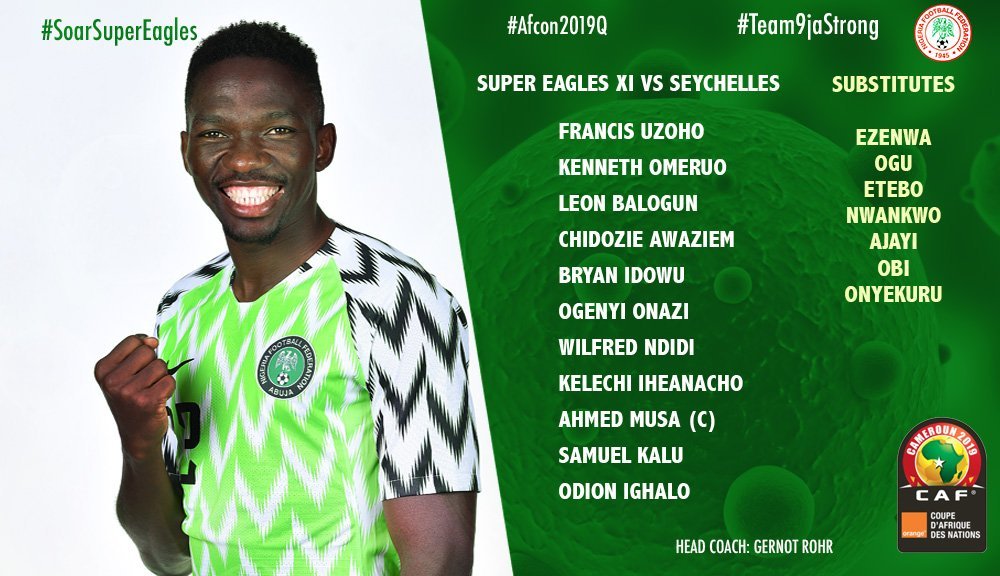