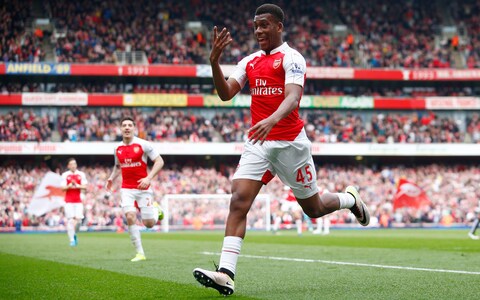 The Nigerian international came on in the 63rd minute for Aaron Ramsey during their match against Watford at the Emirate stadium today and he went on to create the opening goal with his individual solo effort.

He became so unplayable after coming on that he tormented the Watford defence which ultimately resulted in the second goal and they went on to win the match 2-0.

As he result of his fine showing today, Arsenal fans have been calling for more playing time for the Nigerian international.

I have to say Ramsey and Ozil can’t not play together and Iwobi has proven that he should start !! #COYG #arsenal

Bin Ramsey to Turkey in January. Replace him with a young promising winger. Start holding and Iwobi every week. Emery ball starting to shape up

Iwobi too, he looks like a different player he changed the game today