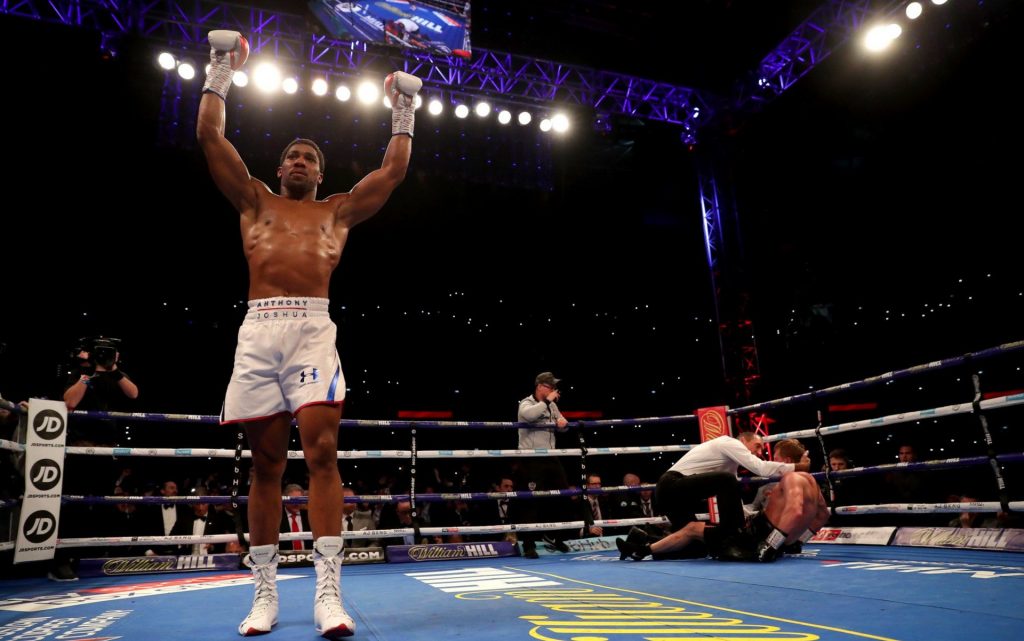 Anthony Joshua has reiterated his desire to fight Deontay Wilder at Wembley in his next fight.

Joshua came through an exciting defence of his IBF, WBA and WBO heavyweight titles, by stopping Alexander Povetkin in seven rounds on Saturday night.

Talks to agree Joshua vs Wilder have so far come to nothing and the WBC champion from America, is now set to defend his title against Tyson Fury in December.

“I got my knockout streak back. I found my right hand which had gone missing for a while. It’s lining up for April 13.

Asked who would win between Wilder and Fury, Joshua replied: “I’m not too fussed who wins, I only concentrate on myself.

“Good luck to both of them. May the champion bring himself to the UK and let’s have a good dust-up.”