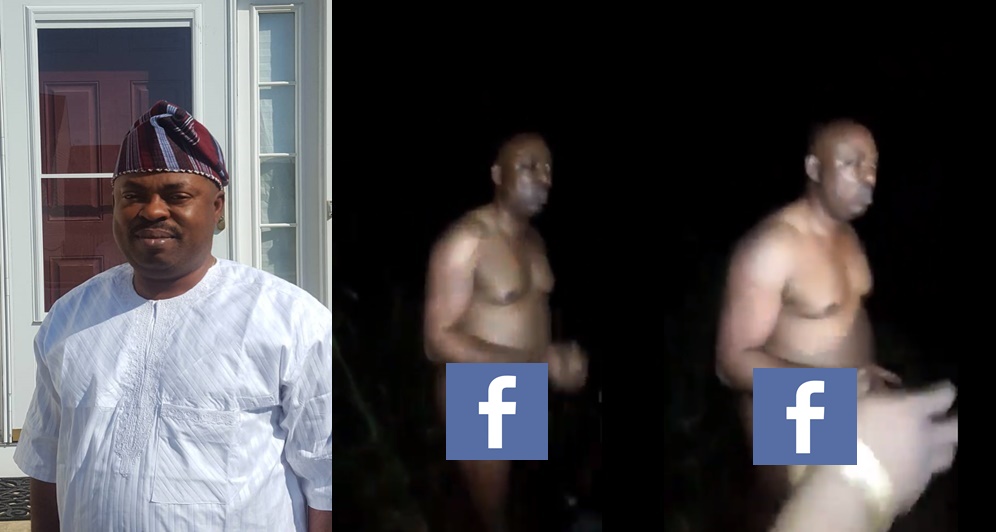 APC lawmaker, Hon Timothy Owoeye, was reportedly caught while taking his bath at a market in Osun State, an alleged ritual ahead of the election scheduled to take place in the state soon.

The APC lawmaker who is a Majority leader and also represents Ilesa West State Constituency in the State’s House of Assembly, was spotted begging residents of the area after he was caught red-handed in the fetish act at the market.

Hon Timothy Owoeye is the Majority Leader of the Current State House of Assembly representing Ilesa East State Constituency in the Assembly.

He proceeded to Obafemi Awolowo University Ile-Ife, (1995-1997) where he got his diploma in Local Government Studies and University of Ado-Ekiti (2001-2004). Hon Owoeye graduated with a degree in Political Science in 2005 from the University.

He represented his people between 1999-2002 as a Councilor, Ward 10 of Ilesa East Local Government. He has been a member of the State House of Assembly since 2007 when he was the Minority Leader in the Fourth Assembly.