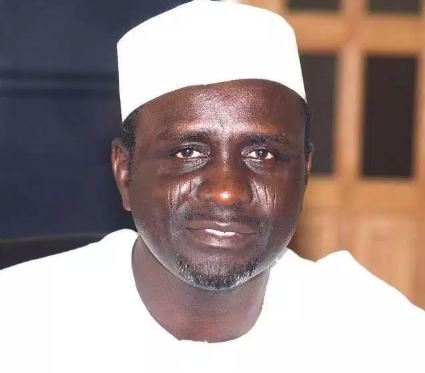 The former governor said he made wide consultations among his supporters before taking the decision. According to him, he left because of the injustice, he suffered in the PDP.

Shekarau, was said to have met Kano State Governor, Abdullahi Umar Ganduje in Abuja, yesterday and concluded plans for his return to APC.

Nigerians have taken to social media to debate the defection of the former governor. The argument is whether the PDP has lost anything in terms of his defection and who is more important to Kano politics between he and Rabiu Kwankwaso.

In my view, PDP even needs Kwankwaso more than Kwankwaso needs the party but it also needs Shekarau. In fact, it needs everyone. Stop losing people every week.
Get your acts together.

Why is the PDP leadership ALWAYS unable to resolve issues between gladiators in their party? Why dissolve Kano excos to favour Kwankwaso at the detriment of other bigwigs who remained with the party during the rough times?

Since 2001 or thereabout, Kwankwaso has been witchhunting Shekarau, mocking, ridiculing & dragging him nonstop. The only time he spared him was his recent visit to Shekarau's house in Abuja when he returned to PDP. How can you expect a union btw these 2? Water & oil wont mix.

I simply can’t deal with this PDP. Do you want to win an election or not? PDP cannot manage Kwankwaso and Shekarau’s ego? Atiku Group insists on getting the ticket or there would be crises. Party Chairmen decamping! I AM DONE. Will just stick to policy and governance issues.

Going over the figures, in 2011: GEJ with Kwankwaso polled 400k, Shekarau with ANPP polled 500k and Buhari with CPC did 1.1m votes.

In 2015: GEJ with Shekarau polled something flimsy and Buhari with Kwankwaso polled 1.9m.

Give me Shekarau and Kwankwaso pls but if not, Kwankwaso