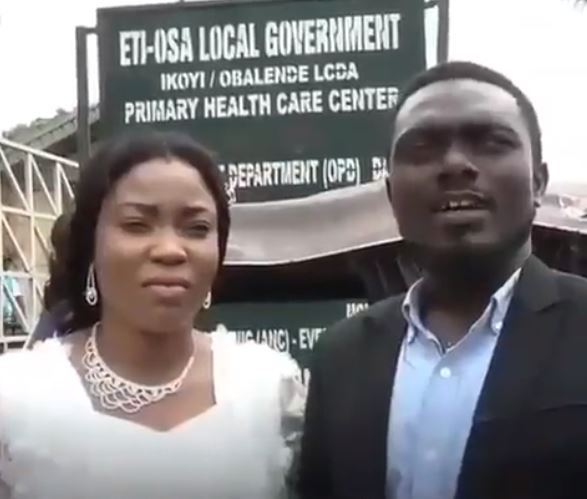 A man and his soon-to-be wife, have lamented after they were stopped from having their court wedding because of the NLC strike.

It will be recalled that the nationwide NLC strike which began yesterday ended up crippling some activities around Nigeria.
However, the strike did not only cripple activities at government offices and parastatals, it also affected several young Nigerian couples that had fixed the date for their court wedding.
In this new video, one of such couples who had fixed the date for their wedding were left stranded and distraught as workers refused to attend to them, as a result of the nationwide strike.
See the video below:
https://www.instagram.com/p/BoQrzTPgO0Z/?utm_source=ig_embed
AdvertisementABUJA DOCTOR REVEAL THE UNIQUE WAY TO PERMANENTLY CURE WEAK ERECTION, SMALL AND SHAMEFUL MANHOOD AND INFERTILITY ISSUES WITHOUT SIDE-EFFECTS WITHIN SHORT PERIOD!! DON'T BE A VICTIM!! Click Here for More Details