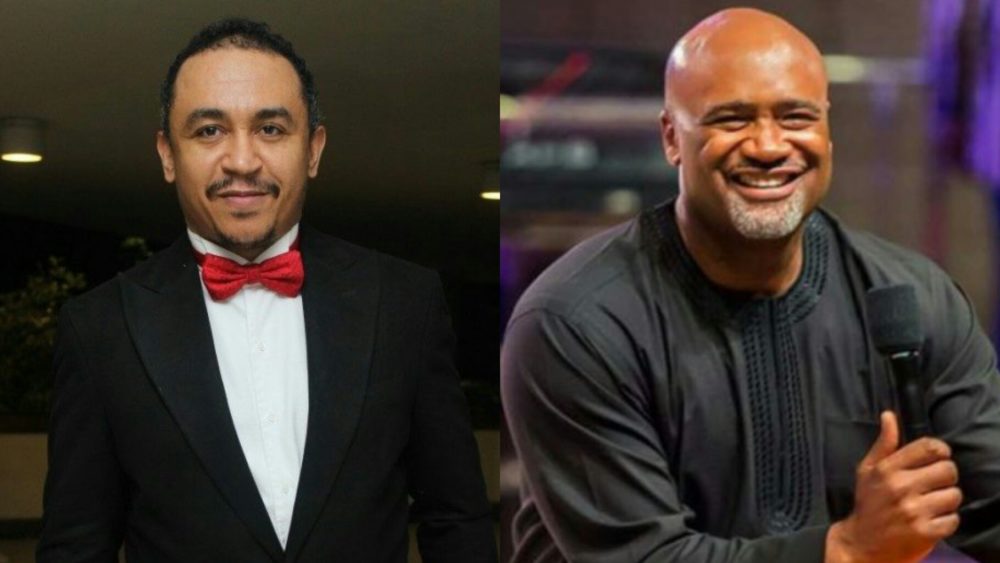 Controversial OAP, Daddy Freeze has now opened up on the powerful person behind his MC job drought.

The OAP complained that some powerful people have been preventing him from getting MC jobs.

According to him, this is because he is always speaking against them.

‘From my experience with these people who stop at nothing if you dare speak out against the lies many of them are telling, you are in for a lot.

They fought me on every realm, I lost every business client, I used to MC a minimum of 2 and a maximum of 5 events monthly and I used to charge more than a million Naira per event. I haven’t MCed in 2 years.

They went as far as trying to get me sacked from work so I can be without much of a ‘crown’ and ‘frozen’.

Many people have since been wondering who the powerful people are, well, a screenshot of a chat between Daddy Freeze and an Instagram user seems to have revealed that.

The screenshot shows Pastor Paul Adefarasin is one of the people. 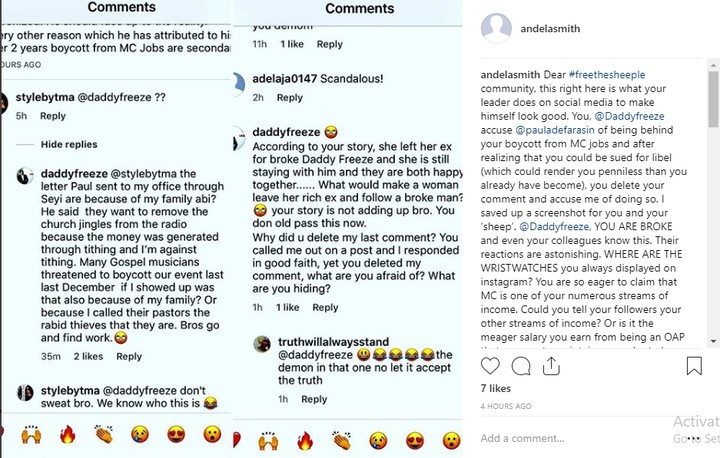