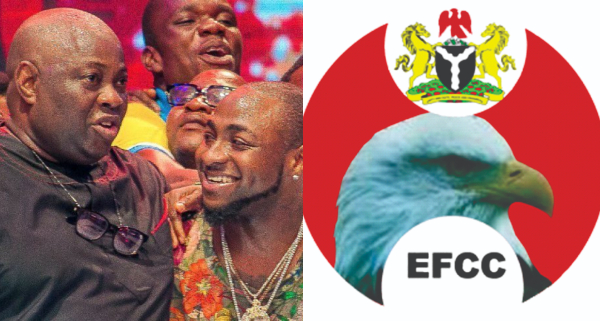 Nigerian media personality and owner of Ovation magazine, Dele Momodu who few days ago confirmed that the EFCC froze the bank accounts of superstar singer, Davido and that of his uncle Senator Ademola Adeleke, has debunked his tweets.

“I refuse to believe that anyone, in the name of politics, would freeze the bank accounts of a hardworking family THE ADELEKEs including that of this young icon DAVIDO who has done our country very proud… God save our dear beloved nation… I pray it is fake news…”

“Adeleke family accounts frozen; source of information unimpeachable. I repeat, the accounts of Adeleke’s family were FCMB Frozen….. you heard me? FCMB”

However after the EFCC released a statement, stating that there was no truth in the report, Dele Momodu tweeted; 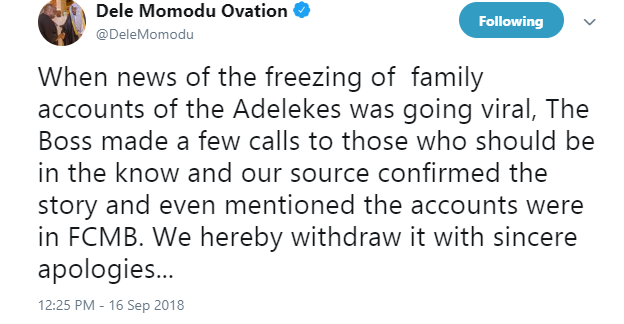 “When news of the freezing of family accounts of the Adelekes was going viral, The Boss made a few calls to those who should be in the know and our source confirmed the story and even mentioned the accounts were in FCMB. We hereby withdraw it with sincere apologies…

“Journalists must still trust their sources no matter the risk of error… No human is above mistakes. Only those who managed nothing in their lives are always perfect…”