Nigerian media personality, Denola Grey, in a recent tweet, has responded to people who says he acts like a woman. 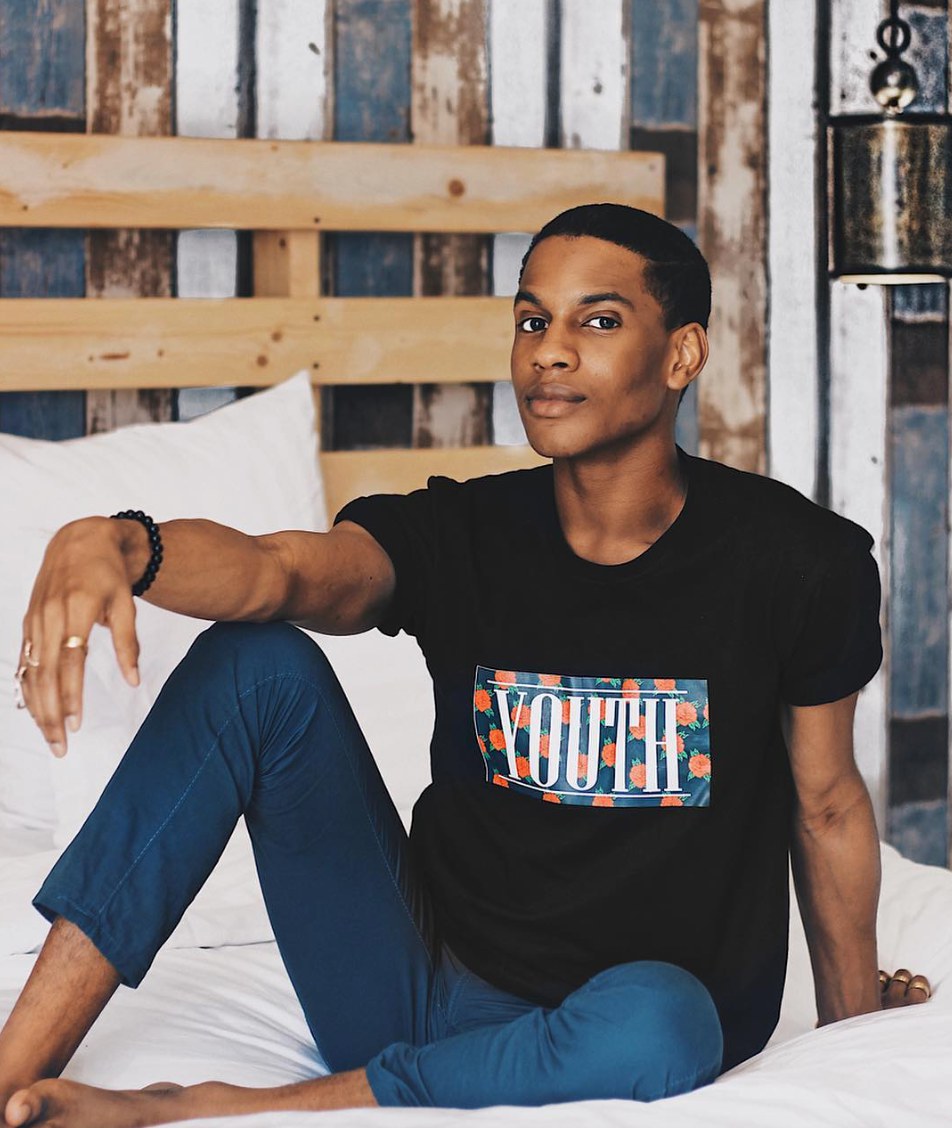 Denola revealed that the claims get to him, but taking those hateful comments as an offense was a huge problem as well.

“You act like a girl” ‘you act like a woman’ . That used to get to me, until I realized that taking it as an offense was a huge problem as well. Why would I be offended because my mannerism fit the script of something I am half of?

Furthermore, the use of my mannerisms being feminine, as an insult further perpetuates and feeds into Heteronormative patriarchal ideals where women are seen as less-than, weaker or possessing qualities that men should not aspire to.

Along the journey of trying to blend in and fit into the jigsaw puzzle of what masculinity should be, I got to the end and found that ultimately it was empty. I had only found fragments of myself in there… not the full picture. 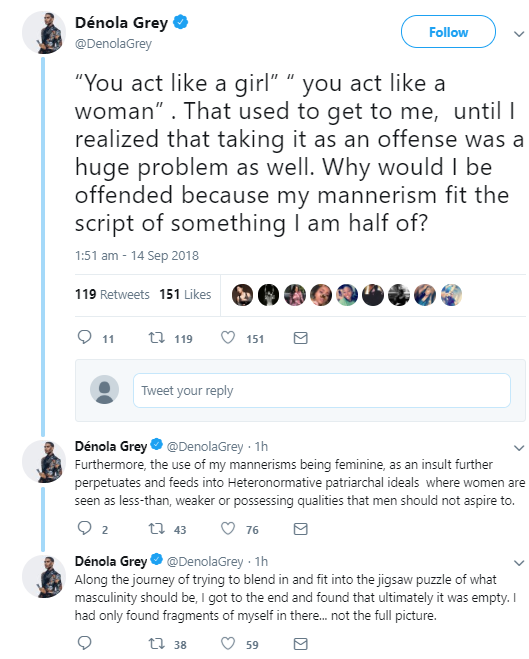