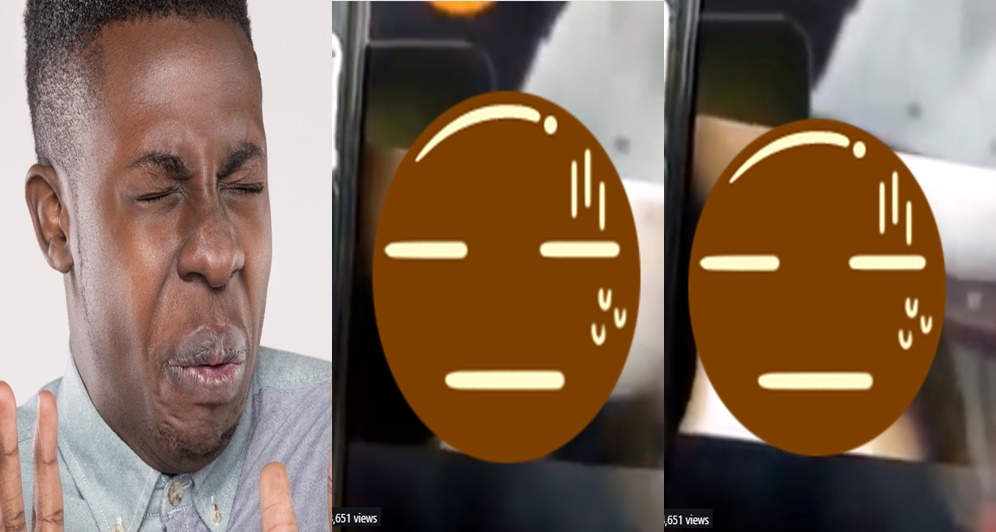 A sickening video making rounds on social media, shows a yet to be identified lady defecating directly into a yahoo boy’s mouth for alleged money ritual.

The disgusting video which shows the lady pooing directly into a yahoo boy’s mouth for alleged money ritual, can be watched here (viewers discretion is advised).

Recall few months ago, an unidentified internet fraudster a.k.a Yahoo boy, who reportedly confessed to making N1.8 billion before retiring from cyber fraud business, exposed methods in which various scams and money rituals are carried out in Nigeria.

“Ok as a former yahoo boy, I can say that some of this things are true and some are lies. You see that faeces thing is a lie! The faeces will be burnt so you can’t smell it anymore but it’s very potent because the person who has the the poo will die and this isn’t even for yahoo, it is blood money direct. Although if yahoo boy does it, it is automatic explosion for the person.

“Another one is that hating in public space. The babalawo is just trying to scam the yahoo boy thinking he won’t be able to do it. However, wiping of punani (lady part) after intercourse is true. There is also one that you sleep and cvm inside the girl after bathing a soap and she won’t get pregnant again and if she does, she must miscarry. That one too is very potent and many slay queens have been used for this but they don’t know yet!

“Licking honey is a big fat lie. It can only work for one on one. It can’t work for someone overseas. When I was active, the one I know that is 100% is the one that you tie the person’s picture with thread and bury it beside the grave of a person whose gender is same as the person you want to hit.

“After the person sends you money, you must buy ram and wear one tira round its neck. The ram will die overnight! A Lagos big girl that does aristo and uses this on senators actually took me to where I did this one and the lady has been mentioned online over and over again.”