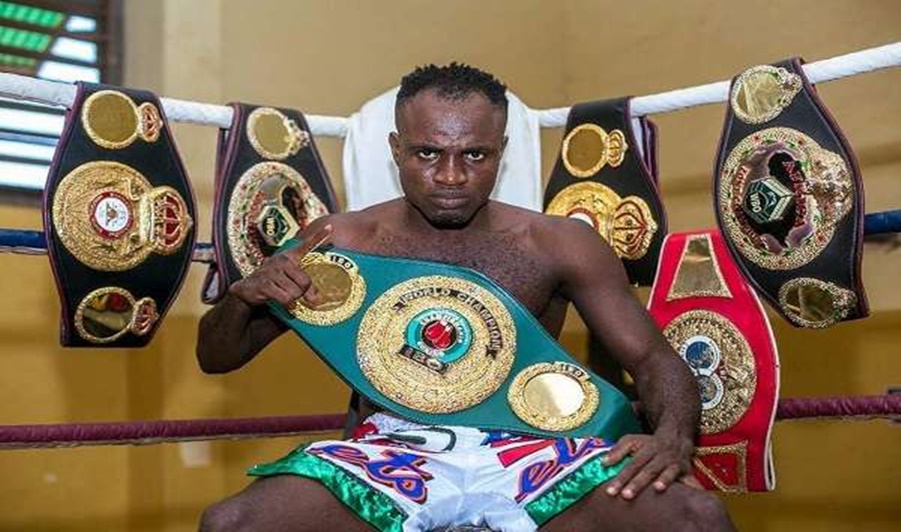 Ghanaian Boxer Emmanuel Tagoe aka Gameboy has realised that the child he has been fathering for the past 14 years is not his real son.

The Ghanaian boxer was dragged to an Accra Circuit Court by one Diana Otoo, mother of the child, citing neglect of paternal duties. The 29-year-old claims he had always felt suspicious a conspiracy by the family of the woman who, he says plotted to siphon money from him.

Tagoe insisted he had always paid GH¢500 as monthly stipend for the upkeep of his supposed son but the family insisted that he should pay more.

Speaking to Saddick Adams on Atinka TV’s Sports Court show, Tagoe said the lady’s family had taken him through hell, and only wanted to damage his reputation through blackmail.

“These people have really made me suffer. If not for my mum, I would have done this DNA test long ago but anytime I mentioned, she insisted I accept the child. I was paying GH¢500 a month but they could come out anytime and take money that the child was sick. Already, I was taking care of the child but I was shocked when they started demanding more money. They even demanded that I send the child to the same school where Asamoah Gyan’s children were schooling but I didn’t have that kind of money” he said.

In July 2018, the family of Ms Otoo contacted Atinka FM’s Sports Court show with documents from DOVVSU and an Accra Court indicating that Tagoe was suppose to pay them an amount of money but has refused.

Tagoe however decided for a DNA test, the result of which proved he was not the father. “I was very sure that this boy was not mine but my mum had gagged me. We were young when I was playing ‘Pilolo’ with the girl. We were just standing and I had sex with her. I didn’t even ejaculate but her family came home later to say the girl is pregnant for me. The court asked me if I can sue them for damages but I have left everything to God. Everything I gave to the child, I won’t take it back. He deserves it, not the mother. The most important thing is that, now I am free”.