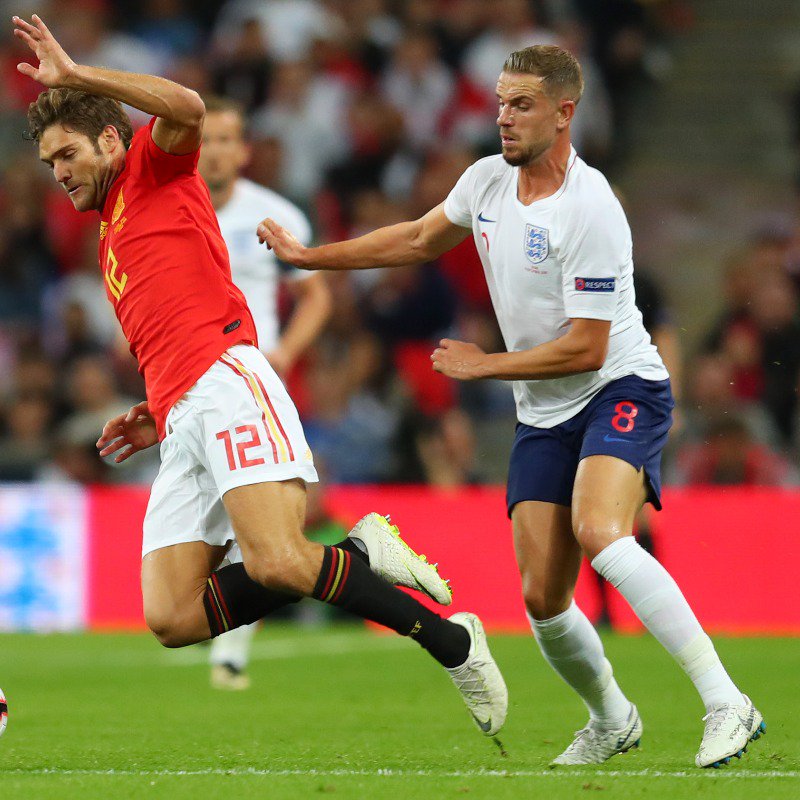 Spain got their first win at the Wembley stadium against England for the first time since 1981 with some controversy – First it was Luke Shaw that was injured by Dani Carvajal.

Secondly, England fans are of the opinion that the penalty awarded to Spain was not a correct call, as they felt John Stone correctly got the ball.

Thirdly, they also felt that Danyl Welbeck’s goal deep into the second half should have stood and are of the opinion that there was no foul in the  build up to the goal.

Never have I been so angry at a ref in my life. The result should 100% be 2-2, that wasn’t a foul and neither was that yellow card. Get gone mate. #ENGESP

😎 F*ck the result, It was good to see the boys back in action. Brought back so many memories from summer!

Share
Facebook
Twitter
WhatsApp
Previous articleNo Pique, No Silva, No problem- Luis Enrique Got Off To A Winning Start
Next articlePhotos of “bulletproof” pastor, Elijah, flaunting money before being “shot”
- Advertisement -