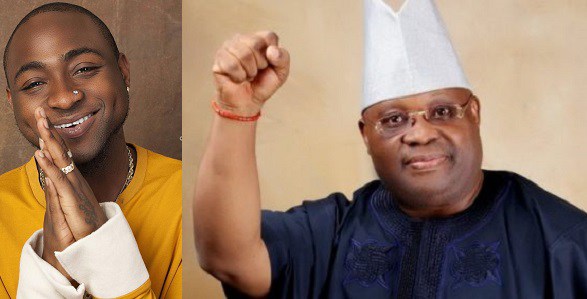 Last Thursday, the Independent National Electoral Commission, INEC, declared Gboyega Oyetola of the APC as the winner of the governorship election in Osun State.

But at the initial election which held last Saturday, Davido’s uncle scored the highest number of votes, beating Oyetola with 353 votes but INEC declared the election inconclusive and ordered a rerun because the number of cancelled votes in the seven polling units was far higher than the margin by which Adeleke beat Oyetola.

Following this supplementary votes on Thursday, Oyetola overtook and beat Adeleke with a total margin of 482 votes.

Reacting to the outcome of the supplementary election, Davido wrote: ‘God knows best ! Best believe he will come thru soon,’ while replying to a Twitter user.