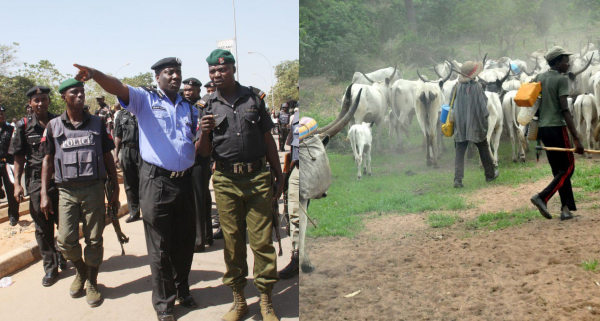 Three policemen and two vigilantes in Bujum Kusawa Village under the Lau Local Government Area of Taraba State, were reportedly killed in a herdsmen attack.

Confirming the death of the police officers in the herdsmen attack, the State’s Commissioner of Police, David Akinremi, condoled with the families of the slain officers and vowed to bring the perpetrators to book.

In the statement released by the Police Public Relations Officer, ASP David Missal, it was gathered that the officers led by ASP Kilobas Iliya were deployed to stop an attack on Bujum community but were ambushed on their way by suspected herdsmen, leading to the death of the three police officers and two vigilantes. The herdsmen also carted away the rifles of the policemen.

“One AK47 rifle and one service pistol were carted away by suspected herdsmen, while two other officers escaped” the statement read.

The remains of the officers have been moved to the mortuary of the Federal Medical Centre, Jalingo. The police officers were killed two months after suspected herdsmen invaded Lau LGA, destroying properties belonging to residents in the area. Few month ago also, the Nasarawa State Police Command, confirmed that three policemen were killed by suspected herdsmen at Maraban-Udege village in the Nasarawa Local Government Area of the state.

The Public Relations Officer of the command, ASP. Samaila Usman told newsmen in Lafia that the three policemen were ambushed and killed on June 3 on their way to quell a crisis between Agatu farmers and Fulani herdsmen.

Usman said, however, that the command had mobilised a reinforcement team, led by an assistant commissioner of police to fish out the killers of the policemen. He said the corpses of the policemen, an inspector, a sergeant and a corporal had been recovered and deposited at a morgue. The spokesman did not disclose the names of the dead policemen.