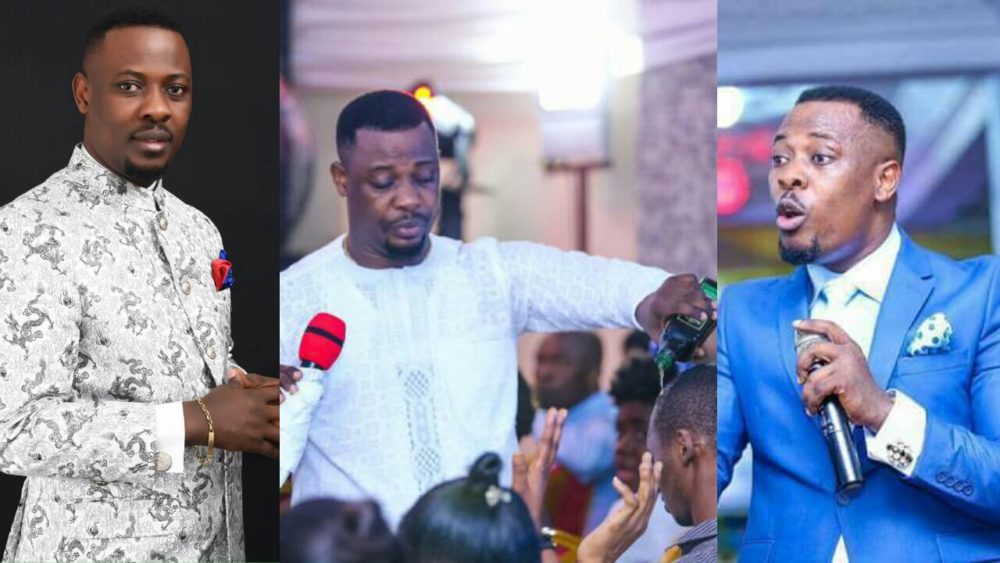 A certain Ghanaian prophet has made a shocking revelation as he speaks on his weakness.

The founder and leader of True Fire Prophetic Word Ministries, Prophet Nigel Gaisie, has revealed that he has on some occasions ended up sleeping with other women apart from his wife.

According to him, women are his greatest weakness, and many of them make advances towards him. Nigel made this revelation in an interview with Blakk Rasta on Zylofon FM, as reported by Ghanacelebrities.

While revealing why he has ‘fallen’ many times as a self-acclaimed man of God and a married man, Nigel said he finds it hard to resist temptation.

“I am married with a child, but I have fallen for these temptations several times,” he disclosed.

However, Nigel said he now tries as much as possible to stay focused, ignoring the women who ‘worry’ him. According to him, any time he is tempted, he prefers to choose the reputation of his future and his mission as a prophet even though it is hard for him.