Home Politics I would never run for office under a party whose nomination form...
Facebook
Twitter
WhatsApp 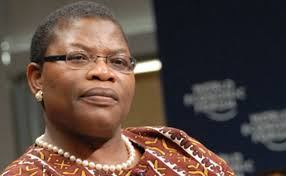 Former Minister of Education, Dr Oby Ezekwesili has said she will never run for office under a party whose nomination form is more than N100, 000.

The Co-Covener of the BringBackOurGirls campaign made this statement via Twitter on Tuesday.

Mrs Ezekwesili, who has been championing the ‘office of the citizen’ campaign on social media has never hidden her displeasure at the exorbitant cost of the All Progressives Congress(APC) nomination forms.

She also berated president Muhammadu Buhari for throwing integrity through the backdoor by accepting the gift of N45m nomination form purchased for him by a group .

This may have prompted Ezekwesili’s resolve, never to accept to be part of a political party whose forms cost a fortune to purchase. She also noted that she wouldn’t want any group buying the form for her.